Semen Retention.. Is there any benefit?

Q.  Should men practice semen retention? People who try it claim that after a few weeks, they eventually become more magnetic to women, strangers, even animals and they get more respect from guys. Some had clearer skin, and other unexpected benefits. Some athletes also avoid sex during practice/competition season. Does it raise vibrations or it is a placebo? Does it mean than men shouldn’t release their seed? 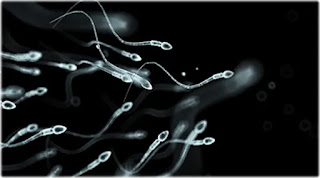 A.  Interesting topic.  When I think on this I get there they may be some benefit in the first few weeks, but after that time frame the benefit looks to level off.  Initially the "build up" looks to create an elevated testosterone level.  The amount can vary from man to man, but the overall result is a higher hormone content.  The elevated testosterone helps to drive a competitive nature, which can be a benefit in competition sports.
Elevated testosterone also looks to alter pheromones, which can attract a potential mate and also give off a feeling of confidence that commands respect.  Animals also sense these pheromones.
I don't see it as a vibration thing, but more biological in nature.   The results will be different for everyone with some more noticeable than others.  I do get that the body is very brilliant and after withholding from a release for two to three weeks (maybe four), the testosterone and pheromones start to level off.  "Withholding" in this regard starts to lose it's effectiveness as your body reaches a new norm.
And that is all I have for this reading.  Thank you.  Love and light, Lynn
Interested in a Personal Reading, Distance Reiki or Life Coaching Session?  Click the tab above for more info or to schedule.
Join me on Telegram!  Channel:https://t.me/psychicfocuslynn  Chat:https://t.me/joinchat/VKm7n1RLdcGhcnf0
Please check me out on the following platforms:
Rumble  □  Brighteon  □  BitChute  □  GAB   □  YouTube
Free Podcasts: https://anchor.fm/lynn-white6
My book is now available on Amazon   Psychic Focus Journey
at 6:00 AM

Hmmm interesting. Your answer definitely resonates with me. I always feel intuitively that it is wrong to ejaculate several times in a week. So hard to not do it though :(

How long does it take to replenish the energy up to the same level (before ejaculation) for an average guy? days, weeks, months?

@The Great Teddy: :-) I think you need to do what resonates with you.

@Cyber: That is tough to answer as everyone is unique. It is something you'd have to experiment with... Maybe one or two weeks???

One thing I'm surprised didn't come up is the power of the female orgasm... But maybe that is for another reading.

i think we can burn the hormone accumulated to become evaporated ,please check buddhism practice anyway because i have never really done it successfully, i am a buddhist.

@yeong: Thanks for sharing.