Q. Hi Lynn, Could look at the current tensions between Greece and Turkey? Will it escalate to any sort of conflict? 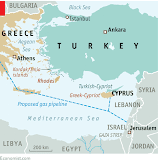 https://www.msn.com/en-ae/news/other/tensions-between-turkey-france-pose-threat-to-nato-alliance-warn-experts/ar-BB16pLJ0
A. As I look at this, I do see continued conflict. I don't see it escalating into a major conflict (war) even though the threat is real. The military is on high alert. There is definitely a division between the two countries and I see other countries intervening to attempt to deescalate the tension and use intimidation to prevent a larger event from occurring.
Q. Will the European Union consolidate or shrink as Italy is showing signs of wanting to leave. Many Thanks!! A. Brexit looks to have started a trend and pathway of exiting. I do see the EU shrinking, and this won't just be due to Italy. Other countries start to follow suit. This doesn't make the EU happy, and for this reason and concern they tried to block Brexit. The EU imposes too many regulations and control, and countries are tired of it. I get a lot of activity will play out over the next several months as the EU tries to fight this.
Q. I live in the UK, we are all wondering if there will be a second wave of the beer bug in the autumn? Will it be gone by the end of the summer?

A. The beer bug will most definitely be back. I get it will reemerge in the fall (October) in time to push for November mail in ballot voting in the US. The dems want to do whatever they can, whether the threat is real or a media driven rumor, to enable fraud at the poles. Their hate for Trumpet is unmatched and they are relentless trying to get him out of office.
Trumpet, regardless of individual opinions, is on the radar of a lot of countries, including the UK. As people see him fighting to keep true to the original Constitutional beliefs, others are being motivated to demand rights and freedoms too. The dems of the US and leaders of other controlling countries want the revolting to stop (and the swamp to stay "as is"). They will not stop and do what they need in attempt to change current leadership to a more socialist control even if it means a sparking and re-energizing a fear-demic which looks to "spread" again.
Q. In light of the current events - What do you see is in store for India in terms of economy, currency and politics as well as talk of skirmish and battle with China? Currently, it seems that the current attitude is very pro west and the PM of this country seems to be a very theatrical person who has the ability to over dramatize and play on people's emotions very effectively. He seems to be very concerned about gaining admiration and respect from world leaders and almost willing to do anything to be in their favor.
A.  This feels tense, and something to watch.  I see continuous "cat and mouse" games between the two countries.  It looks like trade battles will continue to go on for many months to come.  India needs and wants Chinese goods, and China wants the revenue.  I get India will start to pull back and become less dependent on China because they don't like the power this need gives China.  As India pulls back, China becomes angry, which leads to more fighting and tension in other ways.
The Indian economy suffers some because as the trade disputes occur, China looks to pull out of some of their investments in retaliation and that hurts India.  India looks to try to lean on other more democratic nations for support and that need drives Indian government to seek the admiration you described in the question.  This also angers China and makes China gravitate more toward a Russian alliance (much more will emerge on this as we move forward in the upcoming months).
Q.  In 2016 India had a demonetisation of currency overnight which caused a lot of hardship to common people, but the government didn't care. It seems to me that this country was used as a guinea pig to see how cash can be eliminated in a democracy without an uprising.
What do you see is in store for Indian stock markets and do you see any issues with food shortages and power grid failures?

A.  Stock markets and the economy will struggle with the current tensions.  Investors feel uneasy about the stability, which makes them pull funds creating a circular loop in the market driving values down.  The next year feels to be intense with regard to the markets.  I don't see an issue with food shortage, but do get the costs of food will rise.  Inflation will be seen and felt with regard to all goods.
I get that many power grids are outdated, and they will have issues.  I see that maintenance hasn't been occurring the way it should, and as a result there will be some minor outages that feel recoverable.  I would say there will be some inconsistent outages, but overall India will be able to bounce back without having major black outs. I get there may be brown outs, but not black outs....???
And that is all I have for this reading.  Happy Friday Everyone!  Thank you.  Love and light, Lynn
To view free public posts, videos and discussion, please view any of the following platforms:
Brighteon
BitChute
YouTube
GAB
Parler - NEW!
at 7:43 AM 2 comments:

Q.  Hi Lynn,
The video I told you about this afternoon can be found on Bing.  Look for Dana Coverstone's  video about Three Prophetic Dreams.  It has a running time of 15:58.  I think it would be a great public reading for your website.
In all three dreams he was shown a calendar.  In the first, the calendar went to March, a hand tapped it three times and  then he heard the phrase "brace yourself."  In the second dream the calendar stopped on June, a hand tapped three times and a voice said "brace yourself".  This was then followed by seeing protests, sick people, cities on fire and chaos.
The most disturbing part was the third dream. A white figure emerged, and he was again shown a calendar.  This time it stopped on November, and instead of a hand tapping, it was a fist and as it hit the calendar it exploded.  He then witnessed fighting, buildings destroyed, politicians scrambling to make deals, fires, soldiers, no leadership and people hiding.  What do you think? 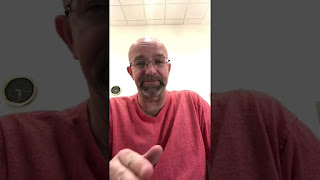 https://www.youtube.com/watch?time_continue=12&v=6TdpMSMP9x4&feature=emb_title
A. To see my response to the above and video discussion, please visit me on Patreon or SubscribeStar.

Love and light (and Lots of Gratitude), Lynn

Q.  Hi Lynn! I was wondering if you could take a look at this video and see what is actually happening. This man was hearing screams during a thunderstorm recently in Texas and got on his bike to see where it was coming from. Is it a different dimension being merged with ours? A portal? It is very eerie.https://www.youtube.com/watch?v=adJ6j0F-wc0Thanks for all you do!

A.  I listened to the video, and as I tuned into it I saw the Batman light signal in the sky.  As I stare at this, and I try to determine the message being conveyed, I heard the phrase "Project Blue Beam" and flashed to a conversation I had several months ago.
Project Blue Beam is basically an agenda in place meant (as I understand it) to evoke fear of the unknown, and fear of ET life.  The fear is then used to evoke more fear and control while a New World Order emerges.  This looks to have been instituted by the Powers That Were, and has been occurring over many years in a phased approach.
In the first phase there will be lights and mysterious flashes in the sky to drawn attention upwards.  It will be tied to lots disinformation.  Many ETs and UFOs are real and sightings are real, however, some are intentional (by military or other outside entities) to help obfuscate the truth.  The goal is to keep people wondering and in doubt, giving people enough information to be curious, but not enough to confirm.  Fear tends to reside in the unknown.
The second phase of Project Blue Beam is sound.   These sounds are reflecting off the firmament in ways that evoke panic and fear.  They almost sound like screams of terror from a Halloween haunted house.  The Powers That Were want fear tied to the collective when associated to ET life.  What this man in the video experienced was just that, a sound projection that evoked an reaction.
It is important to note that this activity will be on the rise when tensions are already high.  Between the virus, chaos, and protests it is a perfect time to introduce more  fear.   They want fear of an alien invasion, and fear that makes people flock to government.  I hear the phrase "how do you institute a new world government unless you have people scared." We first had the beer bug, then murder hornets, race riots and now more on the beer bug.  I fully see another beer bug, and sense a fake invasion on our horizon.  You may be interested in reading more on Project Blue Beam as I see much more visual and auditory activity in the skies.
And that is all I have for this reading.  Thank you, Love and light- Lynn
To view free public posts, videos and discussion, please view any of the following platforms:
Brighteon
BitChute
YouTube
GAB
Parler - NEW!
at 7:27 AM 8 comments: 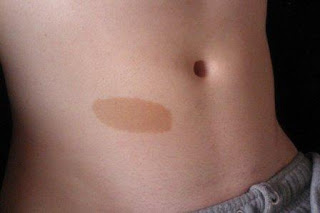 Q.  Lynn is there a past life connection to birth marks and other skin blemishes like moles and warts etc?
A. To see my response to the above and video discussion, please visit me on Patreon or SubscribeStar.

Love and light (and Lots of Gratitude), Lynn