Q.  Lynn, do you see crop shortage in Australia? And where do these giant mice come from, considering that Australia is an island  continent?https://www.bloomberg.com/news/articles/2021-05-13/giant-plague-of-mice-forces-australia-to-turn-to-banned-poison
A.  When I focus on this, the situation feels to be a crisis, especially in terms of crops and food supply.  I really want to determine what is the root of the problem... 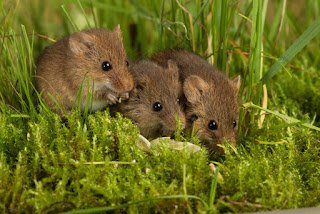 I see that mice have existed on this continent since it was inhabited.  They come on ships and goods.  It is inevitable, especially with the sanitary conditions decades ago.  Mice are also resilient during various weather conditions, and have a high reproduction rate.  Even a few mice can grow into large numbers in the right conditions.  They are survivors and tough if allowed to breed.
I get that even though Australia had mice, farmers were able to control them through traps and different poisons.  There have been times where they had major issues (I see a controlled burn in a field to kill habitats and eliminate an easy food source), but this was decades ago when technology was not where it is today.  So as I want to better understand how after all these years this issue came back.
It looks like ten to fifteen years ago some kind of activist group forced farmers to quit using a certain rodent poison due to side effects or harm being caused to natural killers of mice.  When that happened farmers were forced to use less effective means of control, which slowly allowed the mice population to grow in numbers.  This past year the climate in conjunction with the already substantial population created a situation where they were able to overbreed in epidemic numbers.
Since farmers are limited in ways to control this, many are forced to watch crops get destroyed, destroy them themselves or have mice take over.  Even in these dire conditions the government is getting pushback from activists.  I see that if Australia isn't allowed to mitigate this, they will be forced to get their food supply from other means and countries making them dependent on other regions (a favorable plan for some).
If you live in Australia, stock up on food and supplies!!  You may even consider growing your own food, even if it is a small garden in buckets.  This situation looks to take at least a year to resolve.
And that is all I have for this reading.  Love and light, Lynn
Interested in a Personal Reading, Distance Reiki or Life Coaching Session?  Click the tab above for more info or to schedule.
Join me on Telegram!  Channel:https://t.me/psychicfocuslynn  Chat:https://t.me/joinchat/VKm7n1RLdcGhcnf0
Please check me out on the following platforms:
Rumble  □  Brighteon  □  BitChute  □  GAB   □  YouTube
Free Podcasts: https://anchor.fm/lynn-white6
My book is now available on Amazon   Psychic Focus Journey
at 8:53 AM

So Australia doesn't' have the natural predators that say, we in the United States do, to help keep the mice population in check?


Thanks for the reading. So, the PTW got nothing to do with these giant mice :)

Similar problem in Europe but with wolves. Due to years of strict protection, they have made a comeback. But the farmers are not happy as the wolves are preying on their livestock – a delicate balance between protecting nature and helping farmers.

@Ryno: They do, but not enough.

@Hope: I didn't see that the PTW had anything to do with it.