Q.  Perhaps you could have a look at the magnet side effect of those taking the beer bug shot?  There have been reports of people taking the shot and then becoming attractive to magnets on the spot where they were injected. What's causing this? There is speculation of the shot containing magnetic material, but what would be the purpose for that?
https://rumble.com/vhe96j-does-a-vaccine-make-you-magnetic.htmlhttps://www.instagram.com/tv/CPQQzv7FJAo/?utm_medium=copy_link&fbclid=IwAR2zZk7JVQ150vZjzHGlrQI6MS2KDAW0-uZrYxz6NWteOxSAa9LAIoZGxg0
A.  This topic has been all over social media, and fact checkers are scrubbing and debunking it as we speak.  Needless to say, just because something is deleted doesn't mean it isn't true, so I wanted to have a deeper look at this. 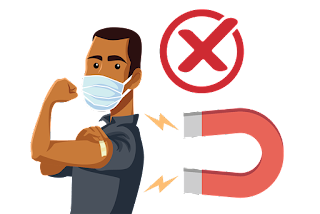 Once someone takes the gene therapy into their body, their DNA becomes impacted.  The target looks to be the reproductive area, but it still has an impact on the body as a whole.  People are claiming that only the shot site is where the magnetism is pooled up versus the whole body, so why would this be (is this happening?).
The body is brilliant in that it takes toxins and works to surround it with our fatty tissues (this is why people can feel sick when they lose weight and the fat breaks down and releases the toxic material).  The body sees this shot as a toxin and that is why it tries to encapsulate the "toxin." I see that the substance in the shot immediately "gels" up.  (I'm curious if people have noticed knots at that shot site??).  From there, it looks to slow release into the system.   This creates an immediate immune reaction and causes a host of symptoms to surface.
Back to the shot site.... I visualize a wand or paddle being moved over the site similar to ones seen at metal detectors.  It looks like there are some metallic components within the shot in some, but others do not have that experience.  Why?.  I get that when batches are made one of the ingredients to preserve the shot is metallic in nature.  As the shot sits and the metal preservatives settle to the bottom, there are higher concentrations in the vials taken from the bottom of the "vat."  Basically, the people that are magnetic got an older dose and a higher concentration of the preservative.
I do get that eventually the magnetic ability will dissipate as the shot is fully absorbed, but I see the metal going to the liver.  They may even see their hepatic function decrease or have higher than normal enzymes secreted from the liver.  I see that people suffering from this would benefit greatly from a liver detox (look for something with Burdock Root in it).
And that is all I have for this reading.  Let me know what you've seen or witnessed!  Thank you.  Love and light, Lynn
Interested in a Personal Reading, Distance Reiki or Life Coaching Session?  Click the tab above for more info or to schedule.
Join me on Telegram!  Channel:https://t.me/psychicfocuslynn  Chat:https://t.me/joinchat/VKm7n1RLdcGhcnf0
Please check me out on the following platforms:
Rumble  □  Brighteon  □  BitChute  □  GAB   □  YouTube
Free Podcasts: https://anchor.fm/lynn-white6
My book is now available on Amazon   Psychic Focus Journey
at 4:56 PM

I hope I can post this link here. Lynn, please remove if I shouldn't.

There was a lady I saw who was able to put metal things all over her body - she was completely magnetized. Did anyone else see this? I was wondering if it was real and if so, if it was the j@b that also did it. I can't find it right now.

I saw also a report of a woman's father who was magnetic in both arms after the j@b. It's written on the left side of this video, the one that everyone has seen. That makes me wonder if perhaps in his body what was inj 3cted had spread a little further? Very weird.

@siu yu: That is how they want us for sure.

@Serendipity: Thank you for sharing this! This totally applies to this post!

It has always been part of the plan. https://sonsoflibertymedia.com/the-vaccine-magnetic-phenomenon-was-warned-about-by-this-doctor-in-1995-you-wont-believe-what-he-said-it-would-do-video/