Q.  Tartaria, is a vast lost empire that took up much of China, Russia and India. Amazing buildings, pyramids and other structures belonged to this advanced society that also had flying saucer technology.  These structures were largely covered up in a massive mud flood that covered most of the region in the early 1800's. Some think these people moved to middle earth. A lot of the major structures in the Tartaria region had their foundations reused in the 19th century.  There are examples of this even in the US (a state capitol for instance was built on an existing old granite foundation that was then covered over with a lawn hill)
The Tartarians had flying technology. Even in the US there were many newspaper reports with drawings of giant cigar shaped vessels that were not balloons. Anyway the following video has a series of colorized photos from Russia taken maybe sometime after the 1850's when photography first came in wide use.  It shows amazing structures, pyramids and spherical flying vessels in the background of typical turn of the century cityscapes with captions in Russian. The researcher said he found these images on the dark web searching for Tartaria. Some of these might be early trick photography using paintings in the background of real cityscapes, but there are some like a procession of elephants going through a large archway with the amazing structures all around that look pretty real. Can you do a read on Tartaria and these amazing illustrations to see if they are real, fake, or an accurate artist imagination of what was in Tartaria?
https://www.youtube.com/watch?v=XVRwPgI9UR0&t=15s
A.  Great timing for this question!  I've been drawn to this topic a lot over the past few months and find myself pondering different things ranging from out of place artifacts, photos of amazing buildings that could hardly be built with our current technology to visions of complicated cities built upon dirt and mud roads (wouldn't the roads be paved if they were capable of such intricate structures?). 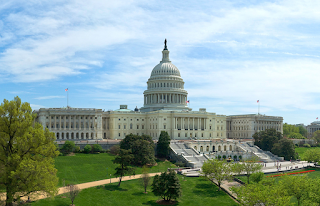 This concept and topic has made me pause and really focus on how these things exist.  Even things such as the World Fair in the 1930s looks out of place.  The theory is that an older and advanced civilization once lived here, and a disaster wiped them out leaving behind some older structures or parts of older structures.  That is why many amazing buildings are buried and at least one story is below the earth.  You will even see the above ground floors don't match the basement levels with regards to architecture because they were built during different times.  Many older capital buildings or state house buildings have fancy floors underground, and almost all have stairs that to to the main entrance. That isn't a logical way to build with limited means and hand tools. (There is so much more out there, so please do your research if you are interested in this topic.)
I do get that our current timeline did intercept some culture and remnants of a different civilization, but I'd like to know who these people were and when they lived on earth.  I realize in the question that idea was that this civilization perished in the 1800s, but I see it much earlier than that.  I get that something happened around 1000 that wiped out a huge amount of civilization.
I see some ships lifting off and leaving, and some people heading for higher lands.  It was as if some kind of vibration or trembling was happening all over earth creating a liquification of the ground.  The image looks like quicksand and the result was that structures were left leaning, sunk or got covered in the earth.  It was as if there was a huge impact that reverberated the entire planet.
Those that survived came out of hiding (it reminds me of people emerging from an apocalypse safehouse) and began to inhabit and restore what was remaining.  It was more like an exploration and claiming what they could for themselves.  Unfortunately the real masterminds that led the society flew off, so the people trying to rebuild did so with limited knowledge and technology. This is why blocks and bricks aren't always consistent, and why beautiful artistic buildings are sometimes topped with very basic upper levels.
When I then focus on who these ET beings were, they look like smaller Pleiadians.  I get there may have only been a few hundred here, but that is all that was needed to teach and create.  They brought the technology and could do the work with greater precision than a thousand men.  This is why the Pleiadians have always come through like a parent, because in many ways they nurtured and grew this ancient society.  They had an investment in what humans were creating and the environment they cultivated.
I feel like there is SO much more to this topic, but I will pause there for now.  Please feel free to leave a comment and share your observations.
Love and light,
Lynn
Interested in a Personal Reading, Distance Reiki or Life Coaching Session?  Click the tab above for more info or to schedule.
Join me on Telegram!  Channel:https://t.me/psychicfocuslynn  Chat:https://t.me/joinchat/VKm7n1RLdcGhcnf0
Please check me out on the following platforms:
Rumble  □  Brighteon  □  BitChute  □  GAB   □  YouTube
Free Podcasts: https://anchor.fm/lynn-white6
My book is now available on Amazon   Psychic Focus Journey
at 7:37 AM

@bee: Thanks so much for sharing!

We can assume from these huge amazing structures that they were not intended to people of our size but for giant people , from the huge doors we see all around the globe indicates that these beings were not our size . We inherited their amazing structures . We can say we probably lived with other humanoids in peace , while now we live with our same race without peace .