Hi Lynn,
I was thinking about this question and wondering if it might be a good one for the blog.
I remember once hearing in an Allison Coe BQH (quantum hypnosis) regression, and the client revealed that when some things were finally disclosed to us, we would see the info in the mainstream media (she had to ask twice to confirm that).  When this info came out, we would be so shocked once we heard the news, and there would be a collective “roar” from humanity (was the way this client had described it).
I also remember that during this session the lady (client) said we would be surprised to find out who was involved, people we have trusted, people we have known. Allison asked her if she meant those people were involved in working for the good or against the good, and the lady said - both. She said that’s just it, there is no more hiding, all truth comes out. 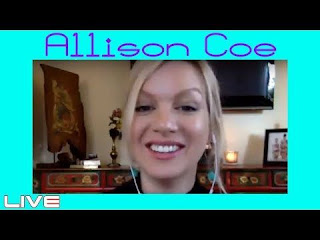 This session has always got me to thinking about the people I interact with on a daily basis and whether or not they are who I think they are. I also wonder how many “people” walking around are really ETs.
So, with that preface, my questions are:
1. Do seemingly regular people work for the PTW (Powers That Were)?  Could my boss or co-workers or friends be involved? I always think of the PTW people I wouldn’t know, or very wealthy people, but maybe that is not necessarily the case. Should I be more careful who I open up to and trust my secrets with?
A. The PTW are a very elite group of people.  They aren't usually in the trenches and are good at masking their identity.  They are smart enough to have people work for them, much like minions.
Having said that, there are high up people that interact with the PTW and even have the same personality traits, but don't have the same influence or power, hence they stay the minion with the illusion of some kind of control.
Always be careful who you open up to, but I wouldn't be too concerned that these everyday people are in reality part of the PTW (unless you work with very wealthy or influential people).
2. I know that some ETs look just like we do, and I know some have a way to make themselves look human. Do we interact with people who are ETs all the time, and not know it? Could some of my friends (or not friends) be ETs?
A.  There could be people in your realm that are ET or related to ETs.  Most times they aren't except for the occasional reptilian, but those people give off such an off-putting vibration that you would know something is off and you would not want to be in their company.
3. Do you see any information or truth to that “roar”?
FYI:  They get into the “roar” part at about 18:30 minutes in. The part about being surprised about people that have been involved is at about 24:00. But, the whole session is very fascinating to listen to!  https://youtu.be/g7WQSQZzGDs
A.  I see the "roar" as a huge truth drop.  It won't just be one thing, but more like an entire fabric of agendas exposed.  I agree it is going to happen.  I get people think of the apocalypse as a huge disaster, but it really means "the revealing."  I get great apocalypse of knowledge is upon us.
And that is all I have for this reading. Thank you.  Love and light, Lynn
Interested in a Personal Reading, Distance Reiki or Life Coaching Session?  Click the tab above for more info or to schedule.
Join me on Telegram!  Channel:https://t.me/psychicfocuslynn  Chat:https://t.me/joinchat/VKm7n1RLdcGhcnf0
Please check me out on the following platforms:
Rumble  □  Brighteon  □  BitChute  □  GAB   □  YouTube
Free Podcasts: https://anchor.fm/lynn-white6
My book is now available on Amazon   Psychic Focus Journey
at 6:56 AM

I felt an incredible Rush of synchronicity and optimism seeing Lynn's post today and listening to Allison Coe's compelling session which I recommend to everyone. It's a great thing that intuitive like Lynn and Allison are helping guide the rest of us to the Great Awakening. Yesterday evening I experienced one of the most beautiful sunsets I've ever seen taking a walk on the edge of a very large lake where you could see the whole sky and there was amazing glowing light in the sky, water & clouds everywhere so that I felt part of infinity. What was also beautiful was the smile and openness on everyone I encountered during that walk, like we were all part of the same thing.

Before seeing Lynn's post this morning I watched a video of two intuitives Michael Jaco and Michelle Fielding who were talking about almost the exact same Consciousness Awakening Alison seemed to be saying would be happening around October. Michele F told Jaco that when Humanity reaches a 60% tipping point of "awareness"(not meaning 60% of the entire population but of humanity's combined or aggregate awakeness) the floodgates will open up for everyone by our Angel Guardians. https://www.youtube.com/watch?v=zf3Ov6tbUNI

Thanks for doing this read, Lynn, you are helping so many to reach this great moment of Awakening.

I always wonder why so many QHHTs get the flash the end of 3D ETs rescuing people etc when none of this ever happens. Are they just getting what they want to happen or do these things always happen on higher timelines?

@SB: I think it is a combination of timelines variances and also a little bias getting in there impacting it. I do believe that anything is possible. :-)

I think it's important to point out that 2 days ago Michelle Fielding made a very beautiful YouTube presentation saying that Humanity has already reached that 60% Tipping Point. that doesn't mean that we're going to learn everything at once but that they will an increasing sequence of Revelations that will always unfold until everything's revealed. people will awaken on their own terms, depending upon how ready they are to receive this information. This is worth a watch:
https://www.youtube.com/watch?v=s6ikVmNgy3I&t=171s

Another session from Allison Coe on this topic, which gives details on how the Shift to 5D occurs (sometime next year). I have heard from many other psychics, they all say the same thing: people get increasingly riled up due to continuing revelations, until finally a complete roar of anger spreads worldwide, and this provides the mental/psychic energy that brings on the Shift. This video says that as soon as riots start to occur, the Shift is imminent.
https://www.youtube.com/watch?v=czQ62oBXRzU&t=1636s

Thanks so much for sharing this. I appreciate it!

Thank you again for sharing such important posts at this time. People need to hear from as many people in the know, that a shift is coming and people are about to wake up and its all for the good of humanity. I have often wondered what my purpose is in this time of being, and now I think I know. Some years ago I read The Three Waves of Volunteers and The New Earth by Dolores Cannon. That book hit home with me and I have often wondered if I might be a part of the third wave. And now, I believe that I was meant to be here, at this time, at this moment of truth and new beginnings. I am excited and honored to be part of this.

Thank you, Unknown. I do agree. We are waking up as a society.

Please turn away from jaco, hes just after money. As a fellow psychic and qhht practitioner i can tell you jaco is nobody to follow.