Q. Since Ebola seems to be blowing up right now and you've said that there will be a vaccine that is not helpful but harmful: Are the outbreaks that are occurring in the US right now real and getting worse or are they fake and being used as a scare tactic to get people to use the vaccine when it comes out? Either way, I fear people are scared enough already that when that vaccine does come out there will be a staggering amount of people lining up for it. 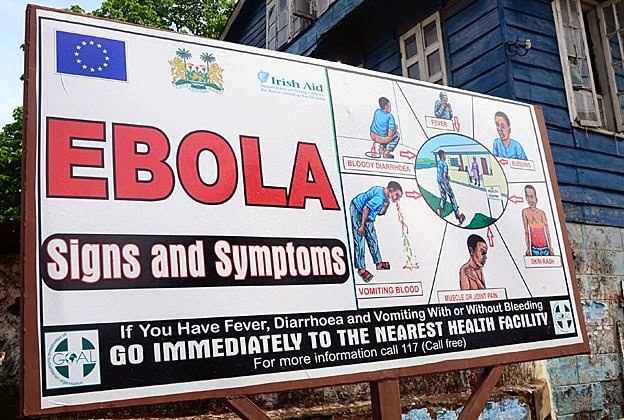 A. I do see in Africa there is a real issue and valid concern for Ebola.  When I visualize it, Africa looks to be the "experimental" place.  It is far enough away from major leading countries, that it feels confined and able to be contained (not perfectly, but close).  I see some testing of medications / immunization derivatives have been used in Africa, which had adverse effects and allowed the Ebola to leave its primary location and spread slightly to other parts of Africa (people were injected as "case studies" with these drugs, and these drugs weren't ready for the human population).  It looks like what has spread in Africa isn't a genuine Ebola, but a manufactured (or artificial) form- something about the transmission and effects on the body feel like a "robotic" interference causing a reaction versus a viral reaction (the image I have is of little microscopic nanobots entering the body through bodily fluids- mucus, saliva, blood, etc).  What is being seen as an epidemic feels controlled rather than random.

I then focus on other location (like the US) where cases are being seen.  I can't get a valid confirmation that these are real cases or there is a real threat from a genuine disease.  It feels mysterious, or like an illusion- then my mind tells me it is like a magic trick and we are the audience.  I cannot get a visual or pick up on any energy of a person or family in distress here in the states.  The more I focus on it, I get the show Sleepy Hollow coming to me- the alleged victims are faceless and nameless as if they are not real.

I do see hysteria and panic going on.  A fearful nation is a submissive one.  Then I hear that "There is nothing to fear, but fear itself"... then I hear a chuckle and the phrase is finished by saying..."until the immunization comes out- fear that." I see is coming out soon, before its ready, and that will be a true threat to health.  Then I hear to "turn off the tv and quit allowing them to program you."

When the immunization does get released, I see two groups of people emerging:  those that run to be first in line, and those that sit back and watch.  I get the ones that rush are going to have experience with horrible illness, and to steer clear of those people because once they become ill they will be contagious to even those who didn't get the immunization.  The people without the vaccine actually have a much better chance at fighting off the illness, but still doesn't look pleasant.

Then, I saw the following question in my queue, and I realized that this is actually related in a different, however, important way.
Q. What is really going on, behind, in Ferguson, MO? 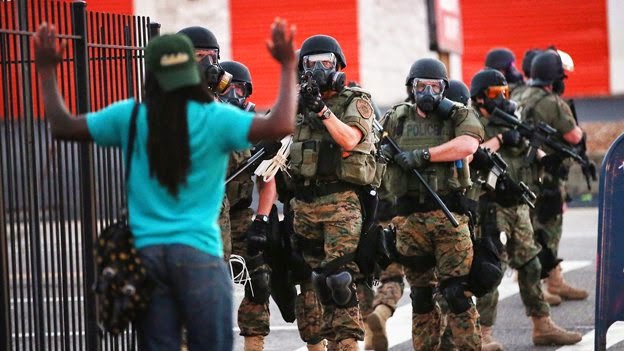 A. I see this area being a test ground on many levels to see what would happen, what people will tolerate and how people react to certain things in midst of chaos... (a different form of chaos than what ebola introduces, but chaos and control still the same).  I see that something tragic did happen in Ferguson, but there is some kind of force there that won't allow for closure, and feels almost antagonistic to those that are there. It is like there is an intentional forced delay at peace to allow government to analyze people and how they will react.  Will people allow rights to be taken?  Will people join the cause or be scared?

A different perspective is also being taken on the enforcement in the situation too.  In the midst of chaos or upset people, how well do certain people take orders (even if they feel they are wrong).  What types of people emerge as leaders, "yes men" or followers? Do people go against authority.  These are all things being studied on a real live scale versus case studies.

And that is all I have for this reading.  Thank you.  Narrated reading to be posted on YouTube.

I feel that what is happening in Ferguson, is similar to what is happening right now in Hong Kong with the #UmbrellaRevolution. I actually feel the US is close to becoming like China in its governmental tactics. Do you see this is the case? And will Hong Kong be okay/ever get the democracy they are protesting for? I feel there's some Awakening and Enlightened protesting happening, in a peaceful scale never before seen on this earth.

Your impression of the vaccine being more dangerous seems to have merit.

I do not believe theres any ebola threats here....i just dont believe it

I just found something that I really think you should take a look at, Lynn.

"All he could tell us was that the Government issued an order this morning for Apocalyptic training. I asked if he could clarify more on what that means and it basically comes down to it being said that they know the outbreak is going to be worst and it will come down to millions of Americans getting the virus. They expect the public to become uncivil and full of fear and start to loot and prepare for the worst."

I'd like to hear what you make of this. Here's the full story: http://www.abovetopsecret.com/forum/thread1037440/pg1

Dear PF,could you see exactly what the US govt. is conspiring for, why are they doing all these mock-drills? Are they planning anything big?

@CartalkByJJ: I do see an awakening and people want change but are unsure of how to do it. I see uprisings everywhere, and the governments don’t like it (it threatens authority). The people want to take back control and have government guide them rather them rather control them. I can’t see where the shift ever fully occurs, but I also don’t see people giving up the fight.

@Alpha: I see that they are pumping that type of fear into us. It does sound fearful, but use your subconscious to really know if what they say is real or based on fear.

@a2k: Our country is heavily armed by the citizens. If there is a shift in power, something radical changes (like the currency system) there will be a huge revolt by the people, and if the citizens group together it would be larger than any military. Keeping us dumbed down, submissive, dependent on the system or ill prevents such a focus on lumping together. The govt doesn’t want the people taking over.

Hi Lynn, just wondering if the Ebola vaccinations will be forced on people or will there be a choice not to take it?

"I see that they are pumping that type of fear into us. It does sound fearful, but use your subconscious to really know if what they say is real or based on fear."

It's interesting that you'd say that to me because of how I process information. Your statement just seems more personal than it was probably meant to be.

I feel like "millions of people" aren't actually going to get the virus but since the government will be making people sick by using fear as a catalyst to make them get the immunization, it also may be an ego thing on their part by thinking that they could actually get that many people infected which would in turn lead to them trying to get the military prepared for it.

I know the government wants our soldiers to be prepared to fire on citizens at the drop of a hat but I don't see that happening without huge ramifications. What their agenda is and what actually happens are hopefully two different things.

Sorry this was so long. I'll keep it shorter next time. I almost didn't post this.

Shape shifting reptilian feed off our fear. Death is far more better than this chit-pit the powers that be have made on this planet! Why the ETs arent stepping in at this point is beyond my comprehension. The earth is in a horrible state.

I just want to say THANK YOU for this site and sharing your gift with all of us. I dont always trust the media so I found relief reading this cause something just wasnt right from the get go (exs. how the CDC has handled this "crisis".

On another note, if possible I truly believe what you say but sometimes get confused. Mediums talk about the spirit world and how our souls venture into a new journey when we go into the light and these souls can go back and forth between the spirit world and earth...
My question - are they misguided or interpreting wrong? I do believe your interpretation of our souls being put in the loop of reincarnation ...we are trapped here..so could you help me understand are they just misguided?

@susan: You will have a choice, but you will be made to feel like you are doing something wrong. I see that in the future, it will be mandatory for school children, and that will be the real battle.

@Alpha X: Thank you for your comments. I appreciate what everyone has to say.

@A Escobar: Different things come differently to everyone. I do see this as an incarnation loop, and we are trapped until will learn and evolve through experience on how to break the cycle (i.e. don’t go to the light, or figure out how to not let the light effect you). I don’t see any toggling back and forth; there is really one direction in personal growth and that involves reaching a higher vibration.

@Anonymous email: I don’t see Teoh Hocks family able to prove that it wasn’t a suicide. There is no evidence..?? These are very powerful people you are up against. It really looks as if all the officers were involved; there wasn’t one more than the other. Just be careful in trying to share info in foreign governments… I know some areas have this blog blocked as well.

I really admire your gift, and your willingness ti put this info out there. I'm a nurse, and work in a major hospital. I'm dreading the hospital making it mandatory to get the Ebola or flue vaccination. Do you see hospitals doing this? I've done pretty well keeping myself healthy and don't get the flue shot, which from what I see lowers your body's defenses.

@Charlie: I do see it getting to that point... Like you are either forced to do it or perhaps sign a waiver to not do it- there is some element of self guilt they try to impose on people.

We keep getting side tracked, over and over again by the media. Whenever we dwell to much on one subject of concern they make sure another pops up.