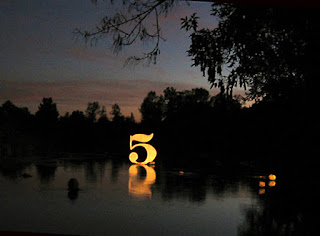 By Lynn & A Man Called Da-da
Welcome to a post-Halloween/pre-Holiday/pre-SHIFT set of Friday Mysteries. Let’s get started: 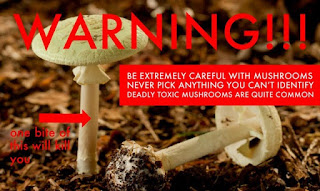 Speaking of the holidays, every mushroom has its poisonous counterpart. Is that by design?
Lynn: I see a Yin-Yang sign. Everything has a precise counterpart; it’s not bad or good, but everything works in this strange universal balance.

Lynn: Yes, it is mainly a 3d thing, or interpreted that way in the 3d. We will still have balance in the NE, but our view of it will be much more abstract.

2. The “Great” London Fire of 1666
What was the real cause of the “Great" London Fire of 1666? Was it connected to Guy Fawkes and the (fake) gunpowder plot (i.e., the re-establishment of the monarchy)? Dockworkers reported seeing “ships in the air.” 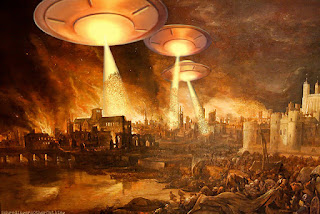 Lynn: I get it was a little bit of both. The plot played into it, but the monarchy… they would do anything to maintain power. Besides the fake plot, I feel like there were ETs involved in this, too. They started the fire to show that the monarchy was in charge and had seriously dark support. We think things are dark now, but back then the only truth you got was what they told you. Truth was virtually inaccessible.

Da-da: The fire was started by ETs?? What did they look like? And... the monarchy was plugged into the ET world even back then?

Lynn: The monarchy has always had connections to the reptilians. The archons (who run the reptilians) are selective as to when they show their face. The ETs involved felt like a more subdued version of the reptilians; they had a more human quality to them. 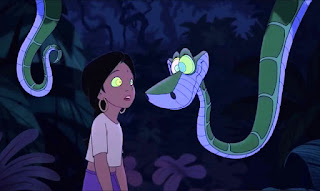 Are there any places on Earth where reptilian (mind) control is weak or non-existent?

Lynn: Yes, in places where there are native tribes with no technology. The tech that’s around us makes us weak and is toxic. But native tribes are at one with the Earth and much stronger and healthier… and less able to be manipulated. It’s the way of life more than geography that makes people stronger. I also see something about being near the ocean; it’s very detoxifying, specifically around salt water. Helps to maintain purity and defeats mind control.

Enter the Strange Face Illusion. Check this out: 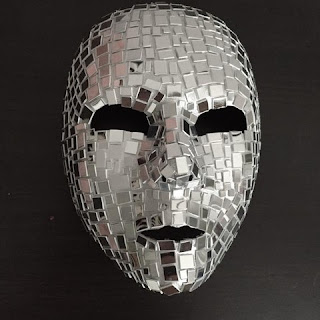 "This bizarre strange-face illusion remains a scientific mystery and it was discovered by vision researcher Giovanni Caputo from the University of Urbino in Italy. The effects are even weirder when a person looks at one’s own face in the mirror in a dimly lit room for a few minutes. As many as 90% of those who participated in the experiments saw huge distortions of their own faces or monstrous beings, archetypal faces, faces of relatives and deceased, and animals. It should be added that all of the 50 participants were adults. For some reason, people lost contact with reality and experienced this strange-face-illusion.” [Message to Eagle]

So, what’s really going on here?

Lynn: I have actually done this. When I did it I was able to see parts of my grandmother. When you have a link to someone or something else, and you stare into a mirror, your subconscious starts playing it out. You are seeing these DNA imprints. a glimpse of you in the past, how you might look in the future. You can also see past life fears and things that happened to you. You can either enjoy the ride, or use this for cathartic purposes, purge yourself of things, explore who you are, who you were.

Da-da: But don't use an old mirror!

Lynn: Yes, and good point! Old mirrors have weird energy tied to them, from people in various emotional states staring into them.

5. Portal Stars
Do all stars have portals inside them? If so, which comes first, the portal or the star? 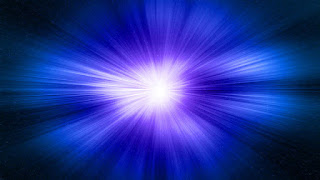 Lynn: I think most stars do. The star itself is created FROM the portal. It’s like the portal is the energetic life force behind the creation of the star. Kinda like the embryo of the star.

Da-da: What happens to the portal when the star goes nova/supernova? Does it close off? OR… in the case of supernovas… do the portals inside flip backwards and cause black holes??

Lynn: I see the portals do close off when stars explode. In some situations [supernovae] it can't close, and a tremendous suction occurs creating a black hole, but this isn't the common way it works.

Dada: How many dimensions do these star portals extend to?

Lynn: I get there are several dimensions connected to them, too many to count. 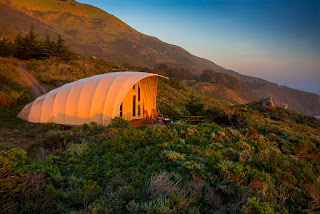 Lynn: I do sense seasons, but not as drastic as we have now. Geographically… I see things being similar to what we have now, but everything feels more…ZEN. Our current Earth has this DREAD undercurrent, a background anxiety. The NE won’t have this underlying angst tied to it.

Da-da: Will there be houses/dwellings already built (with plumbing and running water), or will we have to build those?

Lynn: There are beings (can't see exactly what they are called) who are there to help the NE form. They are seeding and getting it ready. They look to start some very basic infrastructure. Hope you like yurts! LOL. 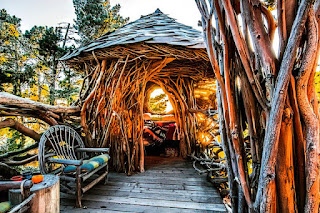 I don't want to go to New Earth unless I can take my house with me. Put too much effort into fixing it up as I like it. there are a lot of lizards in the yard so maybe I can cut down on the Wi-Fi.

Fascinated by the mirror reflection to see changes in the face. I've experienced this before looking at someone I was close to who sat against the light and I could swear I could see her face changing into a different person. I suspect you could do the same with that any image of a face if you are stare at it long enough meditating so I don't know if the mirror is a key element to this.

I love yurts! Let me at that New Earth. I can build a house. Nice work! Thanks.

I wonder how long it will be before the bad guys get into NE. If they are source too then not long NE better have some great warriors to defend it. I listened to a QHHT session where someone was on the higher levels in a previous life and the Archon guys got in and destroyed them even though they weren't supposed to be able to get in. Wishing everyone the best no matter where they go because it will never be easy as long as these beings exist.

@Robert: You are right. I've seen this without the mirror too. I remember once watching my husband morph to an old man.. very weird.

@SB: That is something I hadn't seen before. That does make sense, but I think the 4D will be safe for some time.. but you are right that the 4D will need some protection as well.

Thanks for the comments!

Lynn, will the @rchon$ ever be defeated? Why have the other beings allowed such thing so happen. Also, I was wondering if you can do a reading on this. On 2017, supposedly a being by name Myziam, contacted people here in earth via a chat room. Here is the link. If you can read and see the pics the being posted of earth. Thanks. https://archive.4plebs.org/x/thread/19631067/

@SB: The PTW will probably not make it to the NE. They will be taking a wholly new path elsewhere, and won't be allowed to harm Gaia ever again.

What's a yurt? I'm obsessed with 50s retro stuff, I won't be able to decorate my yurt with retro stuff? Is this like going back to caveman days w no technology?

@Ice ~ Give it a shot. Set protection first. You might start a trend... but I doubt it.

@Karoline: Thanks for the comment. I will look at that. Dada is right, they are being defeated. They will also be stuck in this 3D while everyone else gradually ascends.

@Unknown: Check this out: https://en.wikipedia.org/wiki/Yurt They are more like tents or small huts that are made of more durable material (sticks, wood, etc)

@Ice: I agree with Dada. Set protection, and it may freak them out since love is a very high vibration, but go for it.

Thanks for the comments, everyone. I really enjoy these sessions! Dada has some great questions!!