Double Day.. Possible Attack on DC and POTUS vs MSM

Q.  What do you think about this prediction of a chemical attack in DC, Baltimore and Seattle in the next 6-7 week?
https://www.youtube.com/watch?v=khGkWvBYMn4
A.  When I tune into this, and focus on the term "dead man's switch" as indicated in the short video, I get this is tied to people, or rather something happening to "certain" people.  The video indicates there is a "switch" that is set to go off on key locations if it is triggered by an inactivity (or said "certain" people).

As I tuned into the question more intently, I see that with all the sealed indictments out there, and "Trumpet" slowly dismantling the PTW (Powers That once Were), some of the elite on the indictment list are putting plans in place and threats to avoid prison time.  The "dead man's switch" is related directly to that.  Many elite are trying to seal their fate through fear (which is the only tactic they have remaining in their arsenal).

The real question is, "do I see this happening?"  I get there will be a false flag in one of the areas.  It looks there there are plans to have a false flag in each spot, but in reality, only one location will be used.  The "scrambling" is to confuse the chatter that is out there.

What I get is even the most important thing to know is as the awareness of this gets out there, the more difficult it is for them to accomplish these false flags.  As locations and tactics are recognized, they have to constantly change their game plan, and makes it less effective.  Keep the collective high, and as this type of thing continues, people will open up and see things for what they really are (and that is how to fight this...)


Q.  Hi Lynn,  Will the POTUS ever be able to stop the MSM from backstabbing and slandering him? Will justice ever be served to those who have tried to destroy him and divide the country? I seldom watch TV now as political commentaries are so hateful. Thank you for your response! 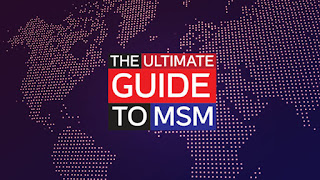 A.  "Trumpet" is always working one step ahead.  I don't see it as much stopping, but they will be their own demise.  As people realize that the MSM is truly spreading disinfo, they will tune in less and less (such as the person asking the question), and seek out alternative news outlets.  The result will be a loss in ratings which results in a loss in revenue.  They will slowly punish themselves... be patient.. it's already in motion and I (hear) the Mueller report finding of "no collusion" put it in fast forward for many..

To view free public posts and discussion, please view any of the following channels:
Brighteon Channel (formerly REAL.Video)
BitChute Channel
YouTubeYouTube BACKUP Channel
In the event I "disappear" you can also reach me on GAB  (Check it out, and it's free!)
at 11:58 AM

There's so much gloom and doom out there it's exhausting. Most people are too busy to devote the time to getting to the truth. I think Trump and his team have proven they have been extremely cautious in their steps to dismantle the Deep State while diverting many disasters, wars and assassination attempts. We should direct our thoughts and energies to getting a better world. There's a lot more to concentrate on than just politics.

Besides the obvious propaganda of mainstream media, it is also disheartening to see reports on alternative sites like Breibart that seem to geared at inflaming anger at Trump's opponents. I'd rather concentrate on all the good changes being made than the stunts of the reactionary fake Progressives trying to prop up a corrupt system. Someone should invent an Adblocker type app to make AOC, Schiff and many others disappear!

Remember, bad things and bad people are exist!
Do you know that all negative astral entities are actually created by God? Also your existence is not created by yourself. We are somewhat the pets and the slaves of God.

Also, focus on the positivity, not the bad things happened in the world. :)
Focus and pray also for the world peace! Visualizing the better future for humanity.

999, God is love, therefore He did not create evil. It just is. God is the antidote to evil's poison. God did create, as you put it, "astral entities", but He did not create "negative astral entities". It's like you made a cup, but didn't put water in the cup(entity), the water(positivity/negativity) comes naturally. But of course you could say that God is the water-so im stopping cuz im confusing myself. Lol. And I did pray for everyone for years.

Here’s the thing. Trump is a racist. He has expressed time and time again a complete lack of compassion for the entire human race.

I changed my entire life over your words Lynn. I cannot understand or agree with these words or visions that tell you somehow he’s a patriot or hero.

Spirits and entities and angels speak to me too. They tell me to be kind and compassionate and never ever use their words for political sway. You are guilty of this.... beware

Lynn it seems like things are getting serious. In other sources i am hearing some wild things about the cabal hightailing it to antarctica before the indictments come out and that there is something military happening down there now. That will affect the world economy. Also that several high level people have been executed (hrc, sOrose) after tribunal or are now cooperating like W and Ob-a-ma. Also that RBG is dead. Does your guidance support any of this? Wild times and its just begun.

Oh and david, what are you doing here if you think lynn is being guided by negative entities? In my opinion you are the one who is deceived my friend.


Lynn how dismantling of dark forces impact society & economy as whole? Is Prime Minister of India along with Russia & China helping him in this process? When do you see start of real action?

Please, please Lynn comment on Julian Assange, Wilileaks being arrested. What will come of him and us... as he represents the people's interests. Thanks!

I'm confused with Trump's move lately. If he is slowly dismantling the PTW (Zionist being a part of it), how to explain his move on Golan Heights? His move may have bolstered Zionist supporters to call for further annexation of the West Bank - This would rather consolidate the Zionist position.

Hi David! Am I racist because I agree and support Trump? I am really trying to understand the term "racist" as it seems like leftists sure do like to throw that term around a lot these days especially when they are unable to defend their positions of Government encroaching on my liberty.

Thanks so much for the comments! I appreciate the dialogue we all have.

@David: I do not see him as a racist. He is a nationalist and supports the constitution. Those are very different than racism. I do agree he isn't always polite and sometimes is so blunt I think, why did he say that, but again that isn't racism. Racism is a narrative the far left say to keep us divided...

@Craig: I get you are right on with your nudges. Listen to your intuition.

@Neeraj: The PTW is slowly being taken down. It is happening now, and will continue to happen. It took a long time to get this way, and it will take some time to undo it.

@Susan: I think this is a distraction technique and he will eventually be safe. I don't see too much happening with this (and I hope I'm right!).

@Ryno: I know these are tough times, and I do think terms are assigned incorrectly. Sometimes people think if they say things long enough they will be true (Russian collusion anyone??), but that is not so in this current times. It is wrong that liberties and freedoms are being manipulated and taken, and a "obia" or "ism" shouldn't be tied to an opposition of that.

Thanks again for all the comments!

Are you a racist? No. But being able to sit in your own privilege and overlook racist and xenophobic acts against people, just because it does not affect you, and support someone that IS racist - is worse.

I agree with @David. I have long been curious about the Trumpet related posts, the posts paint him as some sort of warrior removing the old guard and installing people that champion liberty and freedom. Trumped has accomplished little in the way of supporting average Americans. Is anyone that supports Trumpet even following the administration's acts at different agencies? From installing inept, disqualified leaders at various agencies all the way to creating a foolish ruckus regarding this border which won't even stop illegal immigration?

In case you don't want to use the words racist, xenophobic, sexist, ableist or homophobic, which are all accurate by definition, I'll use @David's words, "He has expressed time and time again a complete lack of compassion for the entire human race." If you can overlook this, and support him, maybe question your own compassion towards people who do not look like you.

@Hope: Ironically, I was at Golan Heights during the week that was announced on MSM. (Am back now) The mood and energy all over the country was interesting, to say the least.

For those thinking Trump is racist, non-compassionate and accomplishing little for average Americans. . . have you looked into "Q"? He/they connect a lot of dots that paint a very promising picture. Praying Medic on youtube is one of my favorite Q de-coders. Jordan Sather (Destroying the Illusion) also has some great insights.

I keep hearing the term racist, but where is the evidence? Do not tell me protecting our southern border is racist, is it not. I welcome anyone to come to America legally, I do not care if you are brown, green, yellow or even purple. But come here the proper way I will welcome you, sneak across our border we should jail you. If I sneak into Mexico they will jail me. What is the difference, the old double standard.

I do not see anything that points to racist about the President, just a bunch of talking heads proclaiming he is racist because they do not like him. He has done more for minorities in 2 years then Oblama did his entire 2 terms. Look up some facts.

@Charie: I agree that protecting our border is not racist. All countries have borders. Visitors don't climb through the window of your home, they use the front door. Enforcing a correct port of entry (front door) is not a racist act. The good news is there may be a win win for everyone. Trumpet is considering sending all undocumented people to the sanctuary cities. The undocumented people have a safe place to stay, and those most willing to fight for them will have the opportunity to take care of them to get them established within their own city. Prove to the rest of the country how well it works being a sanctuary city (economy, safety, education system) by actions rather than just talking. I'm open to seeing the results to that experiment....

@JenJen: I don't have any "privilege" but thank you for showing us what a prime case of the PTW programming looks like.