What happened to Prince?

Q. Is this what happened to Prince as well? Or was he really addicted to pain medication. Thank you!

Lynn thank you. Please what happened to Prince? So many conflicted stories: addiction, AIDS, never touched drugs. What really killed him?

A number of these celebrities have been killed long before they reach high status fame and are replaced with clones of I themselves. I feel this was the case with Prince.
A. Lots of curiosity regarding this, so let me get started... As I tune into him, I see that Prince was Prince the whole time.  Some may have doubt that there was a clone involved with his identity, but I get he was his true self during his entire timeline.  He did go through a metamorphosis as he got older, and I hear that a huge spiritual shift occurred for him when he went through the phase in which he wanted to be called "The Artist formerly known as Prince." 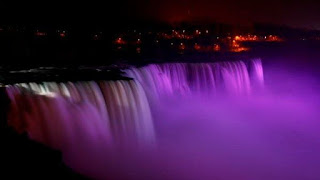 He did have knowledge of the PTB and their secret agendas.  He was privy to a lot of information, and had lots of powerful friends.  I get that he did a lot of work on himself to open up spiritually, and I see him meditating (looks like he even belonged to a small, private meditation / spiritual group??).   He was very observant and intelligent.  I see that sometimes people didn't give credit to just how bright he was.

He put a lot of effort into being peaceful and calm, but politics and the government really upset him.  I see him being passive aggressive toward the government / PTB through his art and music.  The more older and spiritually open he got, the bolder he was with his passive aggressiveness.  I see him "hiding in plain sight" the all seeing eye and wearing symbolic designs (jewelry, clothing, album covers, etc) as if to say, "You may be watching, but I am watching you and know what you are all about."

He looks like he fought back, didn't have fear, and tried to get others to "see" things too.  He got to where he even started to lose the "passive" part, and became just aggressive in his interviews and discussions with people.  At that point the PTB knew they had to eliminate him to make an example for those that considered following in his footsteps.

When I focus to see how it was done, I get it was in an unusual way.  I see an individual bag of nuts, and then I hear the phrase "peanut dust, check the peanut dust."  It is hard to determine if he had a nut allergy of if he was reacting to some kind of dust on the peanuts, but there looks to be a direct connection between him being in the presence to this bag of peanuts.

I see a man in a black suit and is wearing a headset like a secret service person (body guard, government official????).  He looks to be the one that supplied the "peanuts."  My impression is that this person was someone that Prince knew and was familiar to him.

I then see that after his death several "BIG" places (such as Niagara Falls to symbolize Purple Rain) turned purple.  I get there were areas all over the world that had similar behavior.  The "excuse" used was that they were celebrating the Queen's birthday, but there was no coincidence that his death and the "purple" behavior paying tribute to the sacrifice occurred at the same time.  The PTB wanted to give the Queen a BIG birthday gift.

Yes, very insightful. So how did he really die, anaphylactic reaction?! He died on that reptilian witch's 91 bday....she never gets sick drinking baby blood. Love and light to Prince - new found respect for him!!

Lynn I had asked you few yrs back to do a reading on the Queen - I cant remember if you did or what your reading said about her. Shes such a negative force.

My intuition was telling me it was no coincidence that it was the queens birthday on the day prince died. These people in power get more bold with their actions, making it easier for the public to connect the dots. Prince did not live in fear and i am glad he did not have a painful/tortuous death. Thank you for this reading.

This is heartbreaking, but exactly ( except for the peanut part) the way I envisioned, right down to the guy in black. If that was a bodyguard, was he involved, or did he inadvertently give the peanuts. Was he on painkillers or is that a manufactured storyline? I feel such a strong connection to Prince. I always thought he was thumbing his nose at them and his music was source supplied, whether you like it or not, his creativity and showmanship were genius legend. F the queen. What a tragedy! Keeping in mind, he had just won the battle for the master recordings to his prime catalogue. It seemed doubtful they would let him skate into the sunset having won. There was something about a tweet that he had put out prior to death after the airplane landing, that was then erased that said "just when you thought you were safe" Do you think he had a clue? Was the airplane landing a previous attempt? I miss him so much. Thank you for the reading!!

CRAP I AM SAD This just shows...that these sobs are still holding the ropes around our necks. OUCH Thanks Lynn.

Putin said he saw Queen shape sifting with his own eyes,it was warning to him.i would like to have reading on Queen pls

Did Princess Diana know about the Queen's shapeshifting, satanic rituals,etc that's why she wanted out? How about Kate Middleton?


Sickening. Prince was their big Beltane sacrifice, as he died on April 21st during the "13 Days of Beltane."

My revulsion of these people's unrepentently heinous activities makes it harder and harder to want to put the brakes on the angry End-of-Frankenstein mob inevitably heading their way.

Many thanks for your insight 💕

Lynn thank you. Prince had a strong intuition about chemtrails and PTBs. Lynn is the queen really a reptilian?

I also felt that Prince's death was very suspicious. What I heard intuitively when I learned of the news of his death was 'A prince must die so a queen can reign.' He died on QEIIs birthday, and the world was bathed in purple, the color of royalty. If you pay attention to the places that were displaying the color purple, they were areas the queen either owns, or are royal holdings, or are powerful energy portals on teh planet.

I believe that he was killed to extend the life on the queen, which is not an unlikely scenario, given the rites and rituals that those people engage in to control and manipulate energy. Prince was a talented artist and a brilliant man, he will be missed.

Rest in peace,Prince.I would like you to enlighten the people of some celebs that have faked heir deaths.
Also please do a reading on Johan Asplund in sweden,murdered/abducted boy,back in 1980.https://sv.wikipedia.org/wiki/Johan-fallet

Ouch. That really is heartbreaking. Thanks, lynn, for this, despite the awfulness of it, it's better to know than to not know.

A sacrifice. Lord Jesus, that's just too much.

Sometimes it's just too suspicious. But we all know they are in every nook and cranny. And they will do whatever it takes to eliminate a problem. There are many artists more who are aware of this industry.

What happens when the queen finally dies? Is the next one going to be as horrible as she?

A prince is the child of a queen. Symbolic child sacrifice?

Saw a video recently that David Icke made. he said a few years ago Prince asked to see him to talk about some things he read in David's books. he was invited along with his son Gareth to meet Prince after a show at the 02 arena in London. he was a fan of David's work. David reported that his music was magical and he was blown away , not previously being a fan of his music. They talks about subjects in David's books. Both made a connection. David shared his thoughts as a obituary of a man who came across as a very switched on , deeply intelligent man. One who had more than an inkling of what the ptw were up to in a broader scale.

Thank you for all the comments. Prince was very insightful.

I think I now need to look at doing a reading on the Queen. I know I have touched on her in the past, but haven't really looked deeply into her.

The Queen would be interesting. I have a deep dislike of our Royal family. Odious bunch.

Lynn, if you do a reading on the Queen, could you also include Kate? I always get an uncomfortable feeling whenever I see her picture. Thanks!

also could you look at what deeper connection Jimmy Saville had with Royals please.
https://thecolemanexperience.wordpress.com/2014/02/02/prince-philip-filthy-secrets-princess-diana-jimmy-savile-and-the-100-year-d-notice/

@Lynn - So Prince was assa*inat*d because he was becoming aggressive in his posture against the PTB. Why do you consider this to be a sacrifice to the Queen? Is there a difference between a PTB- ordered hit and a sacrifice?

@Chatty Cathy: It is considered a sacrifice to her b/c she is one of the elite PTB. This served two purposes: taking out someone that is outspoken, and sacrificing someone in the public eye.

Thanks For sharing this Superb article.I use this Article to show my assignment in college.it is useful For me Great Work.
Check out here