I have had quite a few questions regarding bitcoins, so I thought I would do a group reading on a couple of submissions.

Q. Can you look into Bitcoins and tell us if the US government will at some point try to stop us citizens from owning or transacting in them? I know they must be worried about losing tax dollars and of course having a competing currency that they cannot manipulate......or can they? 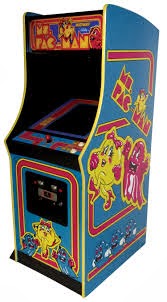 A.  Ok, what I get is that the government is not too interested in the bitcoin currency.  What I hear in my head in regards to tax dollars is that the government is WAY more concerned with online transactions than they are with bitcoin,.. and here is why.  There are a ton on online sales, and most people aren't paying tax on those purchases.  Bitcoin is only as useful as the merchants that accept, them so in comparison there are way more people doing things online because of ease, comfortability and most all merchants internationally take online transactions.

I also don't see bitcoin as a longstanding currency, because the only value is being able to exchange with those that except bitcoin.  Then I get an image of a coin machine in a game arcade- that coin is only valuable to the arcade that takes it or accepts it.  You use real cash that is exchangeable everywhere to buy this limiting form of currency.  It's value is not only not stable, but it isn't backed by anything hard such as gold, metals, diamonds, etc... It's true vale is just having someone else with the goods and services you want or need accepting this form of currency.

The government doesn't have faith this will uphold, therefore, I don't see them getting involved.  Bitcoin is fairy new, and has a lot of proving to do before it be a substantial threat.  The threat right now regarding lost revenue to the government are online sales.

Q. The US Gov is attempting to understand bitcoins and in some cases demonizing them, and in others embracing them. Since bitcoins could really weaken the us regime, can you tell what their "play" will be? Will they try to crack it and manipulate it they way they do gold and silver, or will they just outlaw it so US citizens cannot transact in bitcoins? Not that that would stop the rest of the world from using it....

A.  Here is what I with regard to that.  The biggest manipulation of bitcoin is how many merchants are in the system willing to accept this as form of payment.  It would be hard to truly manipulate this from that standpoint.  What I see them doing (referring to the government) is allowing bitcoin to function as a form of payments for services, BUT any merchant who takes bitcoin (I see some kind of license or registering taking place) will have to pay a tax on those services.  Specifically a form will have to be filled out (looks like at normal tax time) and records of those sales need to be kept, and reported then.  The buyer isn't hit with the tax, but rather the seller is hit.  I see VISA and Mastercard pop into my head showing me an example of how the government wants Bitcoin once proven to be utilized.

Q.  China seems to be gobbling up all the gold, minerals, and now even bitcoins that it can. Is this a move to weaken the us dollar and attempt to establish something else as the reserve currency of the world? Using bitcoins, which is not chinese, might be a useful way to undermine the USD without it looking like a direct assault. Is this financial war looming and who wins? Will dollars become worthless or only used domestically? (and likely hyperinflated) 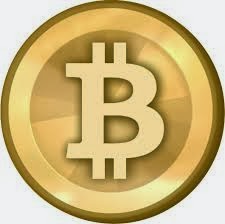 A. I don't see China using bitcoin as the next currency.  What I do see is an image of a vacuum and China is on the other end.  It is sucking up everything it can in this vacuum.  I see China wanting to be the next world player. China wants to ensure they have the resources so whatever happens they can step in.  They are waiting their time and even nudging the inevitable collapse of the dollar.  They are highly interested in the economic state of this country.

I see them putting the "squeeze" on us like a loan shark on a movie would do.  Once things crumble, I see the UN stepping in for a solution because the dollar isn't the stable back up form of currency it once was.  And when that happens, China wants to come in with their new improved, backed by gold, currency and save the day.  I do see the new currency as physical currency but will have an electronic twist, but ALL will be backed.  The UN will be involved and facilitate the currency, but China will be the holder. It looks like the UN is the one in control, and they make the rules, but China is the one that holds the currency and does the administration of it.

I would love for you to do a reading on Sandy Hook. Seems like the whole thing was a "hoax". Did Adam Lanza even really exist?