5:46 PM I wanted to do another group post today.  This one is geared toward earth changes and animal deaths...

Q. I live in . Thank you for your information. Does the water comes in a hundred feet from the coastline or raise higher up by hundred feet? Does it only affect coastline or the city as well? I stay in Johor Bahru. Could you advise if it is necessary for us to leave? And my sisters live in , does it affects  much? 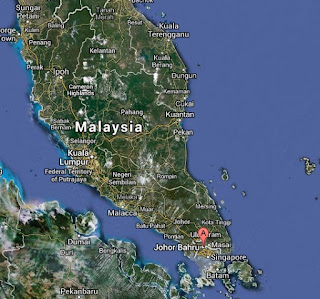 A. I am going to look at a map and focus on that area....(looking at google maps now..)   In looking at Malaysia, I see the main issue being the east and west coast.  I see the west side rising slightly, but not too devastating.  The east pulls me more in.  The Makassar Strait looks to flood a lot.  I see it effecting Malaysia and Indonesia.  The city called Balikpapan looks to really get hit hard.  I see the flooding on the west receding rather quickly (like in a few weeks) whereas the east hangs on for a while (upwards of a few months).

I actually do see Johor Bahru taking on a lot of water.. I see it in the form of waves crashing in.  Like storms are associated to it.  It is not tsunami like, but rather large crashing waves.  This also looks mostly coastline rather than the whole country.  I feel you will get a warning to leave due to the storms, and you need to listen to that warning.  As far as time frame, the weather feels like fall time.   I see the same crashing of waves hitting Singapore at the same time.  The same storm will cause both of these areas to have the issues with water. 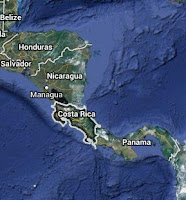 Q. See anything happening in  this year or the next (2013/14)?
A. I don't see anything significant with regards to earth changes.  What I do see immediately is issues with politics and government.  Something is really upsetting people.  I see riots and signs being held up.  Like people are protesting against something.  It appears something is already in the works.  So the time frame is now and it will escalate.  I see it is somehow centered with tobacco or something like that.  The US is also involved, but we aren't broadcasting that.  I also see this as a lingering issue that will take you into next year.

Q. My Q has to do with a decision we must make. We have a home in  and we live here in the winter months. We leave for the coast of  in May to get our sailboat ready for crushing up to coastal . The question is what do you see for  in May/June 2013 and what do you see for  and  along the coasts for May/June 2013?
A.  Since I was behind in answering this I am going to bump the date up to July/August of 2013.

Boulder..First thing I see is hot.. White hot.  You are having a hot and dry summer.  You will also have issues with the electric surging off and on a lot.  More than normal even.  When I focus on this area, something else I notice is that I want to keep looking the sky.  I see bright lights, flashes of lights.  Either this is significant to the submitter, or this area sees it, but it is bright.  I also keep thinking heat lighting or those aurora light effects.  Earth change wise, you seem ok, just a very extremely hot summer.

Massachusetts and Maine.. I see a lot of rain and storms.  It looks ok to boat, but you will deal with a lot of rain.  I did get an image of wind issues on someones sail boat, so that may be a warning or just telling you that you may deal with some wind.  I also see that you don't have a lot of in between days, meaning it is either stormy or beautiful.  At a distance the water has a pure aqua look on those sunny days. 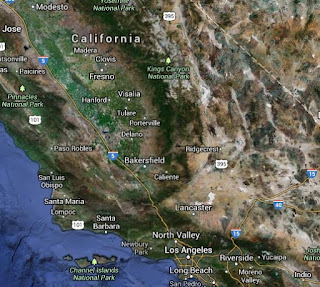 Q. Do you see a coastal event (large wave action and or earthquake) for the West Coast of the in the next 6 months?  Can you please focus on earth changes related to the Central California Valley and immediate Sierra foothills? What are your impressions and timing?
A.  When I think about area it doesn't look like water is an issue.  The thing I see is earthquakes.. a lot of little ones.  But these earthquakes create cracks in the ground that resemble geysers.  They aren't  flooding, but rather a weird phenomenon

Q. There is a throbbing feeling that sometime in May, perhaps between May 15 and May 25, there will be a radically unprecedented geological event that changes 'everything' - and literally ends the world as we know it. Multiple sources are validating this 'event' - calling it the Global Coastal Event. Some of these sources are remote viewing experiments (especially those of Dr Courtney Brown of Farsight Institute), Clif High's webbot analyses, Andrew Basiago's time travel reports of seeing a major part of under water by June 2013, and many psychic dreams from 'regular' folk across the planet. It is believed that some kind of rupture in the Pacific, volcanic activity or earthquakes will cause events that ultimately end states, national currencies, and global civilization - leaving in its wake local, smaller, fragile communities to fend for themselves. What do you see?  Specifically, how does the fair? Monterey etc. 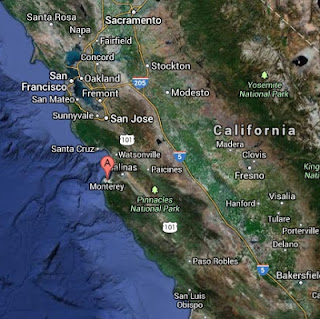 A.  Even though in May many of us felt like something big was happening and it didn't, I still see it on the horizon.  I still see it as May or at least weather that  I would associate to May, so I am going to say May 2014.  It definitely feels close and this event is putting energy out there to a lot of people.

At the time the earthquake goes off, I also see underwater volcanoes erupting.  It looks like at the earth's plates get shifted [as I focus on this in my mind] .

Q. Also why are we getting more and more sinkholes and landslides what is causing these earth changes. Is this going to keep happening until it escalates into something quite bad. Many people believe that we will have a very large earthquake or a major volcanic eruption fairly soon that will change the map of the earth do you see this happening in the near future. Thanks in advance.
A.  I see movement with the plates...It looks like as they move the earth is slightly expanding.  As the plate moves it creates areas of weakness and I see those areas [mainly] around water..like rivers or large lakes.  I also see the water from the rivers or lakes being able to penetrate the  weakened [newly stretched] area and absorb and wash away the dirt that lies there [in reference to the sinkholes].

I see this continuing to happen as the earth continue to "stretch". I don't see it stopping or reversing.  I just keep getting the image of a piece of gum being stretched..

Q. What's behind the mass animal deaths that has been taking place since last year and is becoming quite common lately.
A.  I see the earth as this floating ball inside a magnetic cloud.  It looks like the cloud keeps shifting. Like north and south are not always north and south..  Now I see specifically bees flying around and they look confused.  Like they don't know where to go.  It looks like they get so disoriented that they end up in a climate that they can't survive or find proper food??  They just look very confused.  It is like they are drugged.

Q. Whats causing the dying and mass beaching of squid and other fish? There were also schools of birds that died off last year? 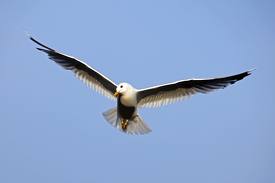 A.  As soon as I said squid and fish I got that the currents in the ocean are different.  The hot and cold are not exactly in the same place as they were.  This slight shift messes up the squid and other fish from being able to route them properly and stay in the right location.  I see most of the problems results from the way water flows and temperature issues with the water.

Birds... I am getting that there are electronic and or magnetic pulses in the air [not intended to kill birds] but if the birds get in the area it does something to them neurologically.  I see one [bird] convulsing as if they don't die immediately, but it creates some kind of attack on their system. I also see this occurring in pockets of air..and can even hear the humming sound behind it.  It actually does sound more magnetic.