Q.  Hi Lynn,
Several people are theorizing that a hum-- tra-------- raid (I'll call it HTR for short to avoid getting dinged) is currently underway in under ground tunnels across the country. There is speculation that the tent hospital set up in Central Park is actually for HTR victims being rescued. Do you see this as true? 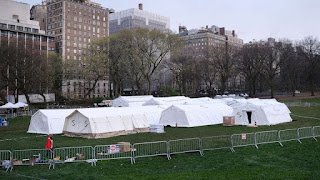 There is a photo that surfaced of a beer bug patient, but when you look closely it appears that the patient has a deformed ear and knee. Is this photo really a HTR rescue victim?

There are also reports of earthquakes in the SW United States believed to actually be the tunnels getting blown up. Is this the case? Thank you!

A.   Ok, deep breath.  There is a lot going on in the country right now.  I get that we are dealing with above ground battles as well as below ground battles. 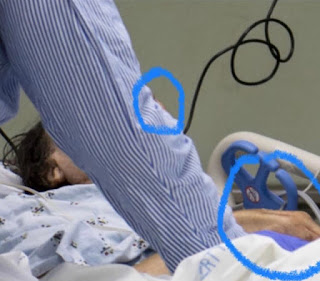 At an initial glace at the earthquakes and activity in the SW United States, I got that we are in the middle of a very tactile and passive aggressive (and somewhat aggressive-aggressive) war.  China is furious with us, and with the recent epidemic, they are feeling very scorned at the economic, political and human struggles they are left dealing with.  They do not want to be subservient to anyone, and have worked a long-term plan of building their economy and gold reserve to create a position of power so they can be the next backers of a world currency.  It is no secret that the country that controls the currency is the one that will have the upper hand in global issues. 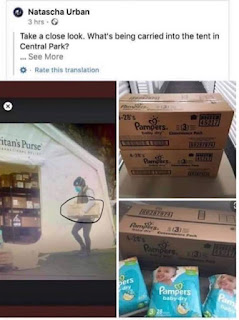 Knowing this, I get that China wants the US to fail so they can step in.  At the moment, the US is weaker than it has been in a long time, which creates the perfect storm to step in.  I also see that Denver is the backup location for DC in the event that something were to cause harm or be a threat to the security of DC.  I see China knowing this, and is trying to intentionally weather manipulate this area causing stress and integrity issues in the Denver area.  I anticipate further "weather" or extreme weather issues in this area.

The second issue is the taking down of the HTR that has grown out of control.  With the nation on a somewhat quarantine, this creates a perfect time to act.  Trumpet is seizing this opportunity to shut down supply chains and indict people.  He is gathering his intel, and forcing some of the people "in the know" into various forms of plea deals.  I do get that part of the the quakes (especially the ones further from the Denver area) are tied to the HTR takedown.

The beer bug not only serves as a cover to keep some of these powerful people in their home (or at least not flying or traveling), it creates a huge smoke screen to do some undercover cleanup.  I get over Easter weekend a lot of HTR victims were recovered.  Warnings have been made on social media through strange celeb symbology, but a big media blast won't be seen for a while.  Not only is the media owned by some of the big people at the top, the people at the top don't want Trumpet to have positive publicity.  It will come out, we just have to wait.

And that is all I have for this reading.  Thank you.  Love and light, Lynn
To view free public posts, videos and discussion, please view
any of the following platforms:BrighteonBitChuteYouTubeYouTube BACKUP ChannelGAB
at 6:40 AM

Thanks, very intresting indeed! How does the intentional US Navy train derailment in the LA doc area next to Hospital ship Mercy fit into this scenario? Who is being treated in this ship? (https://edition.cnn.com/2020/04/02/us/train-derailed-mercy-coronavirus-trnd/index.html )

Lynn, I read about HTR in another, foreign site. This is almost unbelievable but apparently true. God help us. Humanity must be aware and cleaned of such horror.

I know we are still in this free will zone. I definitely have been praying for an outcome without the cabal in our future. Do you see roughly when there will be mass disclosure? If that will even happen? David Wilcock had said there was going to be 3 days of darkness with no internet or phones, and that there would be something playing on a loop for everyone to watch and open their eyes. It didn't happen in his timeline, but do you see that kind of thing happening, if we are to get disclosure?

Do you still see Trumpet winning the election? I hope so o-o

I hope these kinds of cleanups will go worldwide.

What an amazing time to be alive! Don't live in fear but appreciate all the signals that show our side is winning step by step. remember, the real war won't be televised.

Thank u lynn!
Can you see what's behind these celebs ? Who they really are? Are the human? ARE WE in sim? Or game? How'd they pick their characters? Why celebs ? I heard we are in a game of sorts that got hijacked by ab evil a I. Resembling an octopus hooked up to these celebs. We worship them it gives our energy and keep them in the game. .but behind them is extension of the evil a.i ? So they are A I? Can u delve deeper?

So, what is the final straw that gets people enraged? And when do you see it happening?

When do you see mass aresst happening, any tentative time frame? Thanks.

Lynn, do you think or see that collectively and individually we have experienced pandemics over the past hundreds of years and maybe that there was more to those pandemics as well? Maybe some of the same behind the scenes issues?

@Watch: I remember when that first happened, and I really felt there was some kind of drug activity going on, or the engineer was not in his full capacity. Something was very off with this.

@haydeeally: I agree. I am so hopeful that we are being cleansed of this.

@Ashley: I do feel like some kind of disclosure will happen at the end of 2020 or early 2021. We may have the 3 days of challenged communication (I go back and forth with that), and I do see it somehow relating.

@mycale: I do, but this is going to be SCANADALOUS!

@Robert: You are so right!

@Wendy: I don't know that I would say AI, but def some cloning and mind control going on. In many ways we all live in a matrix, and that is why our collective consciousness is so powerful. The PTW are controlled by the evil Archons that bred into the 13 powerful family lineages. They are who is controlling celebs...

@Dada: I see it building now, and coming to a head during the middle of summer. People everywhere know there is more to what is going on than what they share. Eventually, people will revolt and demand answers.

@Neeraj: I see it already happening but this summer/fall will be huge with that. We are really in for some trying times..

@daisy: Yes, definitely. There are different driving forces and agendas, but yes. There is always money and control to be gained with an epidemic.

@Amanda: What site? If you referring to the seeds, both Vermont and Michigan are blocking them now. Here is just one link: https://www.newswars.com/walmart-bans-sale-of-vegetable-seeds-as-non-essential-as-stores-seal-aisles-to-prevent-unnecessary-roaming/

Mars enters aries soon, I even heard rumors "october" this year. With the current planetary aligments something is building up. When the real bubble bursts that is the question...

Sorry for the confusion, I was responding to haydeeallys post about another HTR site she mentioned.

@EA RW: I agree that something is building up. If anyone out there has a good understanding of astrology, I'd appreciate you insight as well. :-)

@Amanda: No worries. I just wanted to make sure you could find what you were looking for.

Have a great Friday, everyone!

Hi everyone, I hope you're all weathering the storm. I appreciate the amount of analysis that Lynn has been providing of late. There's so much Big Stuff in process, so much unprecedented and genuinely world / life changing going on, we're really into uncharted territory now. Exiting times.

As Lynn suggested, it might be useful for people to have some more dates for the landmark shifts in energy this year. You'll be glad to hear that the Saturn Pluto conjunction that battered us all round the head in January won't happen again, which was the truly scary juggernaut transit of the year. It does however continue to influence the year - in fact it has set us up for the entire decade to come, and beyond.

Here's a list of the other major conjunctions and heavy hitting days for 2020. They mostly concern meetings of Saturn and Pluto with Jupiter, which smaller planets can trigger off like an alarm clock, but the eclipses and Solstices / Equinoxes are all key too, especially when they coincide. A big doozy looks like the Solar eclipse on the (Northern) Summer Solstice. The grand finale that everything is building up to will however be the meeting of Saturn and Jupiter on the Winter Solstice in the first degree of Aquarius (be assured though, they will remain more than 2 metres apart). After the entire maelstrom of 2020, by Christmas we'll be left with a clear picture of what how who why where we go into a brand new future and new Earth.

So make a note of these dates and stockpile your popcorn in readiness.

If you (not)-google any of the phrases then you'll find plenty of expanded explanations of what the themes mean and what they represent regarding events. I like Marina at Darkstar Astrology who does great videos looking at the mythological, historical and political meanings. She also gives great rant.

@Kalamota: Thank you so much for this! I appreciate you sharing this with us!