By Lynn & A Man Called Da-da

Welcome to an expanded set of Friday Mysteries. Let’s get started:

1. The Ant People
The Northern Arizona Hopi claim to be the “First People” on the earth. They (still) worship the “ant people,” among others, and have incorporated ant people into their ceremonies. This from Ancient Origins:

"One of the most intriguing Hopi legends involves the Ant People, who were crucial to the survival of the Hopi — not just once but twice. The so-called “First World” (or world-age) was apparently destroyed by fire — possibly some sort of volcanism, asteroid strike, or coronal mass ejection from the sun. The Second World was destroyed by ice — Ice Age glaciers or a pole shift. During these two global cataclysms, the virtuous members of the Hopi tribe were guided by an odd-shaped cloud during the day and a moving star at night that led them to the sky god named Sotuknang, who finally took them to the Ant People — in Hopi, "Anu Sinom." The Ant People then escorted the Hopi into subterranean caves where they found refuge and sustenance."

Also, the Babylonian sky god was named “Anu," which is Hopi for “ant.” And the word “Naki" translates as “friends” in Hopi, so "Anu-Naki" means “ant friends” to the Hopi. In both languages, they are describing extraterrestrial beings, but the Hopi say these Ant People came from under the ground. So, what do you think about all that? 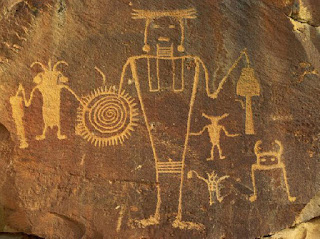 Lynn: Btw, the First World “ended" by volcano. Second “ended" by Pole Shift, but not a complete flip-flop. Back to the topic: I’ve looked at the Inner Earth before, and I’ve seen ant humanoid ETs, so I feel like there are these beings who live inside the Earth and who’ve helped beings on the surface. They went underground at the cat-dog ET war, along with the reptiles. Some were friendly, but some used humans as slaves. The inner earth is both peaceful and also has a very primitive feeling to it. The ants are still currently underground. Lots of humans have been tricked into going underground with various ETs. Once you’re there…. As for the anunaki, once they got humans underground, the reptilians took most everyone from them, those who came down.

Da-da: So, are the anunaki ants, or reptilians? Perhaps the whole “ant friends” translation thing is just a trick?

Lynn: It's confusing... I always thought the anunaki were our friends, but when I did this reading... I felt conflicted and wasn't so sure. Definitely reptilians are underground, and definitely the reptilians are bad, and I'm starting to feel the anunaki either tricked us to go underground or unknowingly got us down there and we got trapped. (I am leaning toward the unknowingly part as I sense some guilt tied to it.) That was strange, but it does make sense how the people got down there.

Da-da: Finally, some clarity on this subject.

2. First Fruit
What was the first fruit on the earth?

Lynn: I keep seeing this little green thing growing on a tree. Looks like a pawpaw, but smaller. What it was grew into what we now call a pawpaw. (Note: Do not eat the skin of the pawpaw, just the flesh. The skin will make you sick.)

Da-da: Those are the best for anti-cancer, right?

Lynn: I have heard that. Just don't eat the skin! LOL.

Da-da: We must’ve called it a “pawpaw” because we saw animals trying to knock the fruit off the tree. 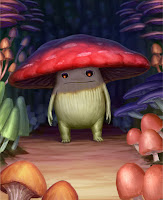 Are there Earth fungi that are… sentient? There are some that are very big (the mycellium, not just the fruiting body), in some cases a 100 miles across, or more.

Lynn: I want to say YES. There is some kind of consciousness that they possess, just like trees and plants have, where they’re able to communicate via an energetic pulse or a vibration through their tendrils. They have their own wave link.

Lynn: Yes, I would say a spiritual consciousness

4. Guy Fawkes Day
We were discussing Guy Fawkes one day and you called him a patsy. Was Fawkes (a Catholic) set up with those barrels of gunpowder planted beneath Parliament to be discovered on purpose so people at the time might feel sorry for Protestant James I, who was not popular at the time? [Note: I have to call out their religions, as religious strife was very prevalent at this time... not like it is now, ahem.] And is this why that rhyme was created, along with “Guy Fawkes Day,” all for propaganda purposes? 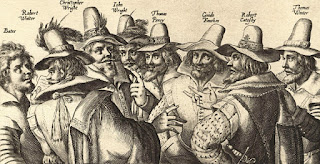 Lynn: Sadly, I do get that this was all about propaganda. Since the beginning of time, ever since we started having societies, these types of games have been played. There’s always someone trying to manipulate the masses, planting illusions, and playing on emotions. Sure, this whole world is illusion, but for some, manipulating the illusion is big on 3d. This is what happened with Fawkes. This was all a propaganda scheme to evoke control and influence, manipulating people through emotion. They’re doing the same thing again today, of course. Emotion, not facts. People need to turn this around and calm down.

Da-da: Were the reptilians involved in this, too?

Lynn: I would say yes. They are usually involved in some point when evil or manipulation occurs, even if it is remotely being done.

Da-da: It should be noted that reptilian species from some other planets can be very nice, and have evolved much higher vibration than their Earth counterparts. In fact, some of them have done what many others have done on the surface, incarnating into the reptilian society to change things from within.

5. Music of the Spheres 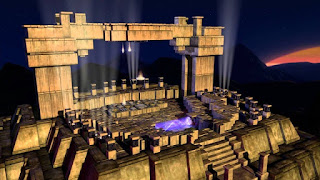 So, are there any planets or stars, or planetary systems anywhere that are constructed solely for the purpose of being musical instruments?

Da-da: Damn. Not to let this go… are humans more plugged into music than other… races? I’ve always thought that music and vibration come from SOURCE.

Lynn: I do feel like music is tied to Source. Everything in the body, physical and spiritual has a tonal vibration. I just didn't see a specific planetary instrument. Sorry!

Da-da: We’ll just have to make one, then. 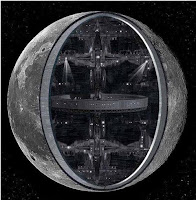 6. Moon ETs
What will happen to the ETs on the moon at the time of The SHIFT?

Lynn: Good question. ETs, just like people, have all different vibrations: Some are high, some are low. When the New Earth emerges, the higher ETs will be able to have exchanges with both 3d and New Earth humans, but the low-vibe ETs will only be able to access 3d. There’s a lot of room for overlap. There’s a lot of overlap of personal vibration, as well; it depends on the individual and the individual species. 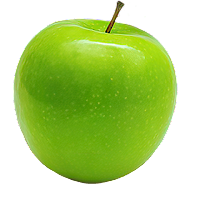 Did you know that you could eat an apple a day for 20 years and never eat the same kind of apple twice? That’s a lot of apple varieties. So, which kind of apple was the FIRST apple?

Lynn: Not sure if this is a joke, but i’m hearing “Eden apple.” I think it was actually referred to as the Eden apple, too. The one that was there might not be there anymore.

Da-da: Eden Apple... what color was it? And was it tart or sweet?

Lynn: Tart and it looked green. Only one bite could be taken, it was so tart. 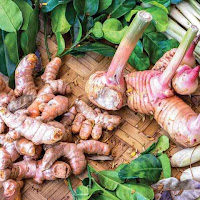 8. First Veggie
What was the first vegetable on the Earth?

Lynn: I get there were two: ginger and turmeric. I see both of them. Veggies started from root vegetables like these — no, FROM these.

Da-da: So, all veggies must have those two plants as ancestors. Were potatoes next? Nodules that grew off the roots? 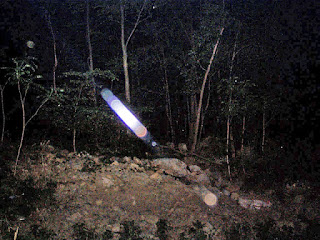 Lynn: I want to say it’s more 50 to 1. It’s not static, they come and go constantly. There’s a constant exchange.

Da-da: Ok, if spirits are 50 to 1, how many ETs and higher order beings (HOBs) are here at any given moment? Is the number as high?

Lynn: The higher the ET, the lesser the number of visitors. I would say it drops to 10 to 1.

Da-da: So, there are approx. 60:1 spirits and ETs all around us at all times. Huh. FYI to all: Spirits aren’t necessarily scary. Most are people who transitioned and who are roaming about, looking at things, talking to other spirits... watching you read this post! It’s certainly nothing to be afraid of, though there can be negative spirits at times. Just keep your vibration high and this repels the lower-vibe spirits. Once you experience spirits and higher-order beings more and more... you get used to it. They’re really quite nice, and respectful (provided you’re clear and firm about who’s allowed where and when). It’s really no big deal. It’s like crowd management — and YOU are in charge. We actually get tons of support from these realms, as being "in flesh" is considered very difficult. Speaking of spirits… 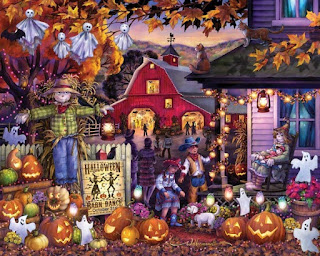 Will we celebrate Halloween on the New Earth (NE)?

Lynn: The NE feels different. We’re going to celebrate holidays that are meaningful for that Earth. It will be a totally different environment.

Da-da: I’m guessing that, with the literal magic of the higher vibration New Earth, and all the spirits and HOBs there, every day will seem like Halloween.

Have a nice autumn!

@Images Animated Gif: Thank you. You too! Happy Friday!

Whoa, that's quite a lot of mysteries this time.

Do the ant people use ants as scouts?

Huh. There was always something fishy about Guy Fawkes Day.

I like @theonlyone's question about the ant people using ants as Scouts, because my yard is full of lizards that seemed to be watching my every move and part of me thinks that they are spying on me for the bigger reptilians.

Goodness....'daikon, no wonder cooking was invented' hillarious. Thank you for that laugh dada

Lynn actually saw in a previous reading on the ant people, that they
used flying lizards on the surface as spies, because somehow they could tune into their consciousness and share their sensory input.

“As for the anunaki, once they got humans underground, the reptilians took most everyone from them, those who came down.”
Is this still happening? I hate to think what the reptilians are doing with them. Ain't there Higher Beings who can help these trapped humans to escape?

And what will happen to the inhabitants in Hollow Earth after the SHIFT?

Are these anu-naki in any relation to the "Sumerian tablets described annunaki"? I know they were human looking or so I thought. I'm not so sure now, unless it was a "frequency wave manipulation" since the brain decodes frequency to "perceive" physical objects and other people" they can either cause our brains to de code there frequency as human OR they were human or neither. It's very curious that name annunaki and anu-naki both appear in Sumerian tablets and Hopi tribes!!

Thank you for the comments, everyone!! I really enjoyed this segment!