Q. Lynn, thank you for all your thought-provoking responses!
I was wondering if Harald Kautz Vella is on the right track in telling us the Archons are gone and the concept of black magic disabled?  “A few weeks ago they seized that game. The Archons were taken out of the game, and the entire concept of black magic was disabled."  He is referring to "the guardians of the creation". Too good to be true or not?  Thank you so much! https://outofthisworldx.wordpress.com/2015/09/27/harald-kautz-vella-freewill-and-the-fields-of-consciousness-we-have-created-for-ourselves-cannot-be-dissolved-by-us-humans/ 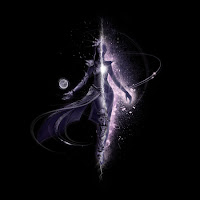 A. I do see things differently.  I see that we are in a time of a lot of activity being pressed on us by the Archons (which always look like a high branch of the Reptilians to me). There is "black magic," symbols and subliminal messages everywhere, especially currently.  We (humans) have the power to take the power back.  Having support from the "guardians of the creation" is helpful in this challenge, but the true strength comes from within each of us.  The Archons want us to believe that they aren't in the game because it puts your internal alert down, but in reality the game is in full force.

Be alert, trust your gut and realize the only way to bring these people down is to raise our conscious and not subscribe to the fear.  As you begin to do that, you will see the "magic" being played out, and it will lose its effect much like a learning the secrets of a magician.

Lynn nailed it. Raise your consciousness, raise your vibration and keep evolving. Soon enough, they won't want to go near you because your frequency is too high for them and they'll leave you alone. When they start making themselves apparent (to you), that is when they know you are moving up and they're trying to distract you from doing so.

The Draco (assuming that is the specific group of Reptilians you are referring to) use Archons pretty heavily on this planet to disrupt us. I feel like I have been attacked a couple times in the middle of the night by something, though maybe it was just something like sleep paralysis. lol

These Archons need us to feed off and it's time for us to starve them.

You can see their presence especially on primetime TV and even the commercials. The signs and symbols are constant and everywhere.

Right on, sister! Great message for today and everyday.

You mentioned "them" making themselves apparent as you raise your consciousness? Past few days I've had an initiation dream from "them" and other demonic type dreams. I've been wondering why are they now messing with me, so that would help to explain.

I believe Robert Monroe of the Monroe Institute stated it perfectly:

"I am more than my physical body. Because I am more than my physical body I can perceive that which is greater than the physical world. Therefore, I deeply desire to Expand, to Experience; to Know, to Understand; to Control, to Use such greater energies and energy systems as may be beneficial and constructive to me and to those who follow me. Also, I deeply desire the help and cooperation, the assistance, the understanding of those individuals whose wisdom, development, and experience are equal to or greater than my own. I ask for their guidance and protection from any influence or any source that might provide me with less than my stated desires."


Their "magic" can be glimpsed via Shakespeare (who was both enlightened AND Edward de Vere, the 17th Earl of Oxford), when he wrote (in Hamlet, Act 5, Scene 5) of "a tale told by an idiot, full of sound and fury, signifying nothing."

This topic has been fascinating! I lean so much from this site and it always shed knowledge personally for me!! Excellent quote DA-DA!!

A man called DaDa.......it's just a tale until you experience black magic done to you....then you realize there is evil in the world.

I never believed these guys telling us about the withdrawal of these archons.

Be very authoritative. Do not take NO for an answer.Be specific. Be clear.
Keep repeating until they disappear. Yell at them.
They will disappear.

Don't be afraid of these evil beings. It means you have to show them how tough you are. They can only hurt you if you let them. Tell them to get out of your dreams. You might have to create an invincible shield around your aura.One day, I'll show you how. It's easy.

I'm also wondering why these guys are still around. I don't get it.

Below is a nice informative blog on these sludge weak beings who are nothing of the Archons or rulers they wish to be:
http://www.ascensionhelp.com/blog/2012/01/31/never-call-them-archons/

@Scorpio...That is highly weird because I have also experienced what I perceived to be some sort of attack, while I was sleeping, just 3 nights ago. I heard noises in my home, and then awakened to some sort of hissing sound. I perceived it to be a negative experience, and thought something may be inside my home, and I shouted at it to get outta my house, you are not welcome here, and you will respect my free will. Maybe it was just a bad dream of my creation, I don't know.

Scorpio I also have mars in the seventh house, like you, LOL.

@Ryno...I have experienced sleep paralysis, or some sort of phenomena that is related to it, for many years.

@Lynn - speaking of symbols, I have noticed in every television show and movie that I've seen somewhere in the background is a five-pointed pentagram or reverse pentagram. Sometimes they zoom in on it and other times it's right behind the actor who's talking which is intentional since every set is thoughtfully created by a set designer. When I Google "reverse pentagram" the Satanists have claimed it as their symbol.

What does this say about its inclusion in our media programming? Even the original pentagrams on the Republican elephant logo have been reversed. Who made that decision? And what about our national flag which has pentagrams to represent every state; have the states joined a dark agreement?

I have seen an interview about Harald Kautz-Vella posted on a website http://www.montaguekeen.com/

Lynn, do you see any truth in this website? They talk about afterlife communication.

Thanks for all the great comments!

@RFK: I have seen the symbols too, and I get that it is a sign to those PTB in the know that something is about to happen. I feel it is tied to the stock markets, like a warning of when they need to invest versus sell (economy related). I hear these symbols in the media are like modern day hieroglyphics.

@Charlie: I looked at the site, and it looks to have a lot of valuable info. The big thing is to trust your gut to determine what is real versus what is not.

@Flood: What does your "sleep paralysis" feel like? One time I felt like my soul was trying to get sucked out of my body (really weird, I know but it is the best way I can describe it) and another time I felt like something heavy was on top of me and choking me.

@Ryno...Well I have never had the feelings you are describing, my 'sleep paralysis', is exactly that, I awaken and I have to try really really hard a few times to move my body even the slightest. Even speaking is impossible in the beginning, the only thing that will come out is a grunt or some slurred speech. I would pass it all off as normal except for the fact that it's accompanied by the bed shaking. Like if someone was putting their hand on the bed and jarring or shaking the bed a few times. Sometimes it feels as if the covers are being pulled off of me. It's happened so many times I've learned to just ignore it and go back to sleep. Now that I think of it again, I suspect it's just some sort of simple unconscious astral projection, as I don't practice astral projection and I'm not learned in it. I doubt it's negative astral visitation. Although what happened the other night may have been.

@Lynn Are these sludge beings the ones who attach themselves to us before incarnation thereby becoming one's ego or false self? Hence part of life's goal is to triumph over the ego?
Many thanks!

Archons... that was a new word to me. Apparently, it is the name of the nine chief magistrates in ancient Athens. It's origin is proto-Indo-European "arkhein", meaning "to begin, rule, command".

@A man called dada
That's odd I recently saw a Timeteam episode (british archeology show) where they were looking for De Vere's castle and also told about the rumors of him being Shakespeare. So you believe these rumors to be true yourself?

@Everybody
The Christian priests of medieval times were taught black magic under the pretense that they needed it in order to fight it off. However in reality, many high priests used this knowledge themselves to suppress opposition.

However, despite officially condemning magic, the Christian church has always used magic in it's rituals. The ring finger is connected to the heart chakra, and the act of putting a wedding ring on the ring finger can be seen as a magical ritual to keep your loved one and protect your love.

The different polygrams (of which the pentagram is an example) all have protective properties. The nature of the properties depend on the numerological energy of the number of points. Five is numerologically related to travel, but also to wordly experiences, therefore the pentagram can be used to control the flow (=travel) of energy but also to offer protection against physical harm (thus enabling us to continue to enjoy wordly experiences). The heptagram with seven points offers peace of mind and protects against negative emotion. (Lighting a seven-armed candelabrum will have similar effect, that is why it is used in churches, to offer peace of mind).

Let's bust this matrix one "ankle biter" at a time LOL
http://www.ascensionhelp.com/blog/2012/01/31/never-call-them-archons

Life is like a sewer… what you get out of it depends on what you put into it.-Tom Lehrer