Swiss Central Bank and the Franc

I would like to suggest that you do a public reading on the recent actions of the Swiss Central Bank to remove the currency exchange cap on the Swiss Franc against the Euro.  Business Week had an article that said:
"The franc soared as much as 41 percent against the euro and strengthened against other currencies after the Swiss National Bank scrapped the three-year-old policy on Jan. 15. The Swiss currency climbed on Tuesday amid a continuing fallout."

There are several angles of this that I believe merit a public reading: The action of the Swiss Central Bank was abrupt and without warning (and were the opposite of its public statements only a few weeks beforehand that it would support the cap).  Abrupt, surprising actions are normally avoided by central banks all over the world because of the disruptions they can cause.

Q. Why did the Swiss Central Bank act abruptly and without warning?
A.  I get the bankers in the Swiss Banking system have been cautiously watching all the markets to see what is fluctuating, and what is effecting different changes in the valuation of certain currencies.  These bankers have a lot of pressure (I get even death threats??) to make sure the Swiss Bank stays afloat.  Many people in power have accounts there that house, millions if not billions of dollars.

I see the Swiss Bank being the strongest (and most solid) point in the financial system.  They have stayed fairly true to the valuation of their currency (and not to let inflation take over).  The problem is that if they remain tied to the Euro, if the Euro fails (and I get the impression that someone "in the know" knows that things are about to fail- like there is a secret being shared), it would have a detrimental effect on the Swiss Franc.  Also, the Swiss Central Bank doesn't have control over the Euro despite having voiced their feelings and concerns many times, but they do have control on how they handle their own affairs.  By breaking free of the ties, they also regain more independent control. 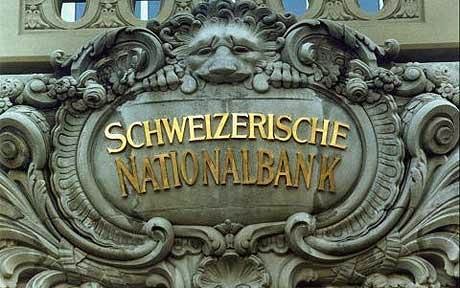 I also get some "behind the scenes" talks have occurred where these powerful people (or powers-that-be) have laid out the future of currencies including the dollar and Euro.  The Swiss Central Bank knows that something is about to happen causing detrimental effects to the stock market and valuation of currency.  It has been falsely inflated and manipulated for way too long.  Then I get "You can't make something from nothing forever, eventually it will fail."  I always saw this happening around Christmas 2014 or January 2015...it somehow feels delayed, as if freewill or some intervention is happening, but that too can only last so long, and those in control know it.

Q What outcomes will be caused by this action as its impact continues to ripple out?
A.  I see much more scrutiny on all the financial systems- this action has created feelings of caution in areas that felt "safe and secure."  I also see people with money in other systems starting to pull their money out and put it into more secure avenues.  The Swiss Bank looks to get stronger, and other countries look to get weaker.

I get some mixed signs- it is as if there is a dual cause and effect going on.  Analyzing the currencies caused the Swiss Bank to detach from the Euro, and the detaching from the Euro will cause even more weakness in the Euro (along with other currencies) which will ultimately strengthen the Franc.  The visual I get is a constant down spiral of the Euro, while the Franc remains strong.

I also see a panic with the "just printing of money."  I see countries slowing this process while they "regroup."  The stock market will start to hold less value as people withdraw (it is at a false high now- then I hear the term "pump and dump" as if the people that hold a lot of money in it are getting their last little bits before they pull out.)

Q. Will this action cause a financial crash in the derivatives market worldwide?
A. I do see this trickling down into other  markets.  I see people getting a panic (out of the abruptness of the Swiss Bank) which makes them get an urgency to get their money somewhere safe "just in case" but the collection of the "just in case" activity exacerbates the already declining situation in the other markets.  I look to see the Swiss Bank emerge as a "haven" for investors and people with money. I also see China emerging as a strong power because of the amount of gold they have in reserve.  The stage is being set beautifully for China to come in with a new world currency backed by real gold.

Lynn, I love it when you do financial stuff as it so resonates with me.
The Swiss bankers knew that Euro QE was on its way, causing continuous depreciations that the Swiss did not want to cover, weird though that the announcement did not happen over a weekend. It was like they wanted to cause maximum damage to speculators and make them more risk averse in future! QE does not work as the centralbank printed money goes to banks (in exchange for government bonds) and does not encourage banks to lend (increasing the money supply to the real economy) but instead is diverted into more profitable financial speculation, creating asset bubbles and so making the rich richer. Lynn, why do they never think to put this central bank money into job-creating enterprises such as infrastructure spending? - much more effective to boost the real economy, that would really increase growth and prosperity for all.

China and Russia have been buying lots of physical gold for a long time at the suppressed prices caused by financial manipulation of paper gold. The recently created Shanghai gold exchange only deals with real, physical gold so the paper manipulation will soon be called out. The US is soon liable to run out of real gold as the European banks have been busy trying to repatriate its gold from the US. There are many derivatives in gold (unpayable in the real stuff), many in oil, many in foreign exchange, many in Greek bonds.. It's difficult to know which derivatives will make the financial system finally crash. The whole system is increasingly unstable, seems like the crash will be soon, though Euro QE likely to kick the can down the road a little bit.

The Euro was very badly designed, and has caused a lot of misery, Will it survive?

Could you do a reading on why the US dollar has strengthened against most major currencies and is the US economy really recovering as reported in the media?

What do you see happening with the Brutish pound and Bitcoin?

What do you see happening to all the people who depend on social security checks, pensions and food stamps each month? Will the stock market be completely worthless?

Lynn I was wondering if Chris Kyle was really killed by a fellow soldier suffering from a mental illness or was there someone put a bounty on his head. Than you

@Jasleen, I don't know what a Brutish is LOL but Lynn did do a read on the Bitcoin.
@Camryn, I don't think I have any abilities but my feelings are, of course THEY took him out. The very people that he worked for and tried to fight for. It's so sad. I haven't been able to get myself to watch the movie. I have it but I know I will find it very hard to watch.

@ Diane Hamilton, thank you. Thats what I think as well. Blessings

@Watchandknock: This is a really great question. I am not too familiar with the currency there, but in looking at the list I do feel a stronger connection to the BRL and BOB as being stronger… I should do a more detailed reading through (after a meditation) to connect to this better.

@mariemccahery: I don’t see any investments in infrastructure to save what is sinking, but I do see an investment in infrastructure to establish something new. It looks like other countries come in (prob China) and buy up the land/businesses that fail due to the collapse, and use Chinese money to do the rebuilding. It pumps up the economy, while giving the countries that planned for this (ie China) more power and control.

I do not see the Euro in its current state surviving this. I see a more universal currency backed by gold taking its place.

@Alex: I don’t see the dollar being strong- I get these are false reports.. I would be cautious of this.

@Jasleen: The British pounds feels kind of neutral in this…?? I see Bitcoin taking off during the conversion of our current monetary system into a new system, but then Bitcoin sinks due to its lack to real backing- people are scared of it, and it truly is only worth what people are willing to pay- there is no tangible worth..

@loralei: Stocks aren’t completely worthless, but the are worth less than the current valuation. It is like they come true to value with the company… When this happens there will be civil unrest, and I look to see a lot of looting…

@Camryn: I get Chris got a little too close to the truth, and he was removed for that reason…

@Diane: I did do a reading on Bitcoin and while back.

“I do not see the Euro in its current state surviving this. I see a more universal currency backed by gold taking its place.” – Psychic Focus

What is the Timeline you saw for the Euro to cease to exist?
Will the new universal currency replace just the Euro or one universal currency for all European countries?
Will it also replace the British pound or Swiss Franc? I could almost hear the British and the Swiss said “We are wiser to keep our currency”
There are even calls to re-introduce old currency again or to leave the EU from disgruntled members.

Do you see that happening?

I guess EU got too big to handle. Too many national/political differences to be united under one currency and one set of policies.

Yes, I would also like to know if there would be an Euro for only some countries (i.e. Germany, France, Netherland, Belgium) while for example the South European countries go back to their former currencies.

Or will ALL European countries go back to their former currency? I.e. it will take many years before an Universal (World) currency would be implemented...