What is the secret meaning behind the encouraging of drinking by tv show hosts?

Q. The hosts of NBC's The Today Show, Kathie Lee and Hoda, both have a glass of wine on their desk every morning and they encourage their audience to sip with them. The host of Bravo's Watch What Happens Live, Andy Cohen, has a drinking game on his show every night. He literally encourages people to "drink until your liver screams" or "drink until you pass out". I am wondering why major networks are encouraging audiences to consume alcohol beginning in the mornings and also on weeknights. Your thoughts? 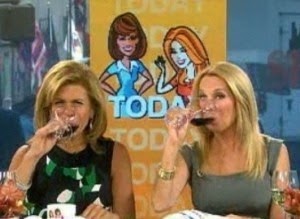 A. As I scanned through the request, this popped out at me immediately... The first thought I had was "MK Ultra" (actually a a lecture on it) and my mind went from there.  I got that many people, either consciously or subconsciously are under the influence of some form of reptilian influence.    I took this a step further and realized that many people have a twinge of the feeling or little voice that promotes negative thoughts at some time (selfish, self harming, etc) and this is the way the reptilians connect to us and keep their agenda going.  Many people intuitively try to fight these feelings off, but the more we are bombarded, the harder it is to fight off. I see this as a "re-energizing" of the thoughts to keep the weak or unknowledgeable under control (then i hear the phrase to beat someone when they are down.) 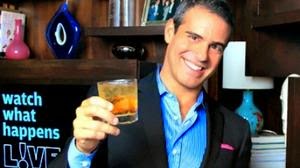 Then I got the best way to influence others subliminal is to bring them "under your energy field." I see someone sitting and watching tv as if they are in some kind of trance, and that trance is further heightened with the dumbed down effect of alcohol. I also get that during these tv "programming" shows there are many subliminal messages being sent (comments, images, etc).  I even get the image of someone watching tv in slow motion and getting a whole new meaning- it may not even be the tv show itself, but rather the advertisements.  The reptilian agenda has some kind of "code" or "truth" saying that they have to reveal their intentions, however, they reveal their plan in some of code or "magic spell" that many people are unable to understand or realize (I am drawn to an example of a discussion I had with some intellectuals friends taking about how our language that was changed from saying "Thee and Thou" to saying "You" when the reptilian sense is calling us "Ewe" a flock of sheep - as one of MANY examples in which we are cast under their spell repeatedly)

Q. Are the tv hosts in on this?
A. I do not see that they are.  They look like victims too of a higher power or influence.  I see these marketing "strategies" are sent to them from a much higher "Power at Be" that encourages this behavior.

Q.  How do we fight this as a human race?
A. We as humans are very strong, we just need to believe it.  If we as a majority can wake our subconscious mind to all the "spells" and "play on words"  we can reclaim our earth.  As long as we stay in this "trance" we are going to be controlled.  Take a conscious perspective of your thoughts - determine what is yours and what is being projected on you.  Some negative thoughts may be yours- process them and release them.  Some may be from  an empathetic nature where other people attach their negativity to your like a vampire, taking your positive energy with them.  Other times it may be of a reptilian base where you have to consciously  and subconsciously connect to that and acknowledge they are not your thoughts and tell them to leave.

The human mind and soul is a beautiful and powerful thing.  Don't let the negative voice tell you otherwise.

And that is all I have for this reading.  Thank you.  LInk to narrated version to be posted on YouTube.
at 11:27 AM

I feel like language is incredibly important and I have heard of what you mentioned in this quote before but I always thought that it was much more about the intent behind our words rather than the actual words themselves. I can see how absentmindedly saying something like that would eventually program people to an extent though. I guess it would be the repetition that does it.

After re-reading my post, I realized that I used the word "you" even though I was sort of trying not to. I changed one use of it but the other words I could use to replace the one that I've kept just sound weird at this point. Just thought that was interesting.

Words are "spelled"--thoughts/energy that is being manifested through the "casting of a spell." So one's choice of words directs the energy. Then there is the setting of examples by our cultural icons; I have been appalled at the tv program line-up at the time kids are back from school but their parents are not home from work yet. Such gems as Jerry Springer modeling how humans should relate to one another, and Two and a Half Men, modeling a mindless male sex addict's only reason for a relationship. The United States seems to be the test case as a grand mind control experiment, where every single group is targeted to slip into a pre-determined box--children, teens, men, women, seniors, etc.

Really? I am going to play devil's advocate - on the purpose of a healthy discussion! Not meaning personal attack...

I think it is maybe more simple, just people trying to grab audience and probably some sponsorship (money) from beverage companies. Probably this was an idea from a writer in the studio being pressured to come with ideas for more audience (which is measured by the networks so they can charge for the TV ads).

The audience in the morning is probably stay at home moms with kids at school that feel overwhelmed, so they thought to reach the audience they could suggest them (the hosts) to have adrink with them, so they relax and feel that the hosts are their "friends - this is all to gain audience, since audience means $$.

You;d be surprised how poor writers of these shows are under a lot of pressure to bring audiences to networks...

This is on a similar note to the discussions that have been recently happening on your page with regard to intent, symbols and incantations having impact on our physical lives.

I was wondering whether things that are considered "tools" that assist in manifestation of certain intentions have any power in and of themselves or is it just the belief that they have some power what gives them this power through the placebo effect?

For example - Dragon's Blood incense is supposed to bring about protection. Is it that the incense can in and of itself bring about protection to the user, or is it simply that throughout time people have psychologically assigned (with no actual doing on the incense's part) the ability to 'protect' to this incense and because of the power of the Law of Attraction it causes the person to be protected through manifestation of their intentions?

Lynn, some of your insightful comments reminded me a very poignant movie from 1988 called "THEY LIVE". Here's a link: http://www.rottentomatoes.com/m/they_live/

@Alpha X: I am much more conscious of my words as well. They are so much a part of our current life it is hard to avoid (and I think many things we say we don’t even subconsciously know we are saying it). I do think about it all the time. For example, I quit saying humankind or mankind- we ARE humans and man, we aren’t “like” them. Saying humankind vs human alludes we are less than. I had never thought like that until I was having a conversation with friends- our language is very eye opening.

@2SpiritAngel: I see individual items (such as crystals, incense, etc) do have vibrational properties that alone have a meaning or possess an energy. They can serve as amplifiers to intent that is placed by a person.

@everyone else: Thanks so much for the comments. I appreciate them all and I think different perspectives lead to much deeper thought. Love and light!

On the topic of reptilians, have "thou" ever or can "thou" do a review of the "Lecerta Files" on whether or not the information is real or a hoax and if she is part of an impartial reptilian race that lives under the surface?

Lynn, thank you for this reading, very insightful. Reality shows really push the alcohol agenda. They try to make it look glamorous with copious amounts of wine and champagne toasting.

And I've found it odd that universities - places designed for intelligent academic study and focus - have now become synonymous with places for alcoholic excess. Really...how are students supposed to focus on school when they they wake up with hangovers. Odd combination.

@Fernanda - I appreciate a good devil's advocate too and you could be right, but only if the paying advertiser is an alcohol lobby group because I watch these shows and I've never seen or heard an advertisement for a specific brand of alcohol, only general references to their beverage as red or white wine or gin or rum - not specifically Jose Cuervo or Captain Morgan's.

All I know is, they seem to want Americans to get drunk as much as possible, starting early in the morning. Leaving kids in the care of drunk stay-at-home moms...not good.

the CEO of French oil company Total, Christophe de Margerie has died after a private jet crashed at a Moscow airport...

He was a staunch defender of Russia and its energy policies amid the conflict in Ukraine.

Was he taken out by the powers that be? Will the top always act against those who go against their wishes? Can we, the people stop this and if so when?

Thanks Lynn, so tired of these assassinations...

@susan: I will add this to my next posting on Missing People / Mysterious Deaths.

@Ryno: I am happy to look into this and will add it to a posting regarding reptilian questions.

This is interesting article talking about the religion of media spells & zombie culture: http://www.pakalertpress.com/2014/10/21/controlling-the-american-mind-the-viral-liturgical-psychodrama/ & http://www.collective-evolution.com/2013/08/31/snowden-reveals-first-ever-public-disclosure-of-secret-black-budget-programs/

All this and more is shown in the movie They Live.

I am 100% empath and suffered for years but from growing wiser I still choose to be good willed. I still exude the insatiable irrestible scent of vulnerability and weakness little do they know what I know and what I'm capable of its a beautiful thing to take higher ground, not encouraged these days. Truth honesty and modesty will always CRUSH pitiful parasitic attempts as long as you stay true to yourself and be strong, thats how you truly captivate people when they see fairness can win and overall is superior in all aspects.... Speaking in terms of inter human relations, im selfish towards the planet.